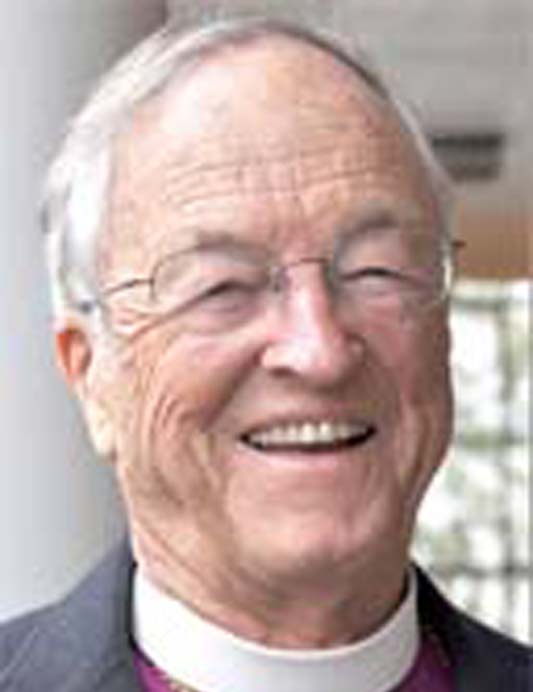 It has been three decades since the Rt. Rev. C. FitzSimons Allison took his first step away from his life as one of the Episcopal Church’s strongest evangelical voices.

That tentative move took place in a small-group discussion during an Episcopal House of Bishops meeting at the Kanuga Conference Center in Hendersonville, North Carolina, during his final year serving as the 12th bishop of the historic Diocese of South Carolina. The topic that day was “Why are we dysfunctional?”

Other bishops said they had no problem accepting clergy who were testing the boundaries of ancient Christian doctrines.

After that clash, Allison remained in his pew and declined to share the consecrated bread and wine during a Holy Eucharist with the entire House of Bishops. He didn’t publicly discuss this act of broken Communion for several years, but his silent protest was a poignant symbol of early cracks forming in the global Anglican Communion.

Now the 95-year-old has officially resigned his status as an Episcopal bishop, making his departure official. Two weeks ago, he wrote U.S. Presiding Bishop Michael Curry to clarify that he had been received into the Anglican Church in North America — a body recognized as valid by many Anglican bishops in Africa, Asia and the Global South — but not by the Archbishop of Canterbury or leaders in the U.S. Episcopal Church.

“Some people said that I didn’t need to do this, because everyone knows where I stand,” said Allison, reached by telephone. “But I felt, the way things have been going, that I still needed to make things official. That’s just the way I am.”

Allison was ordained as a priest in 1953 and then received a doctorate from Oxford University. He taught church history at the School of Theology at the University of the South and then Virginia Theological Seminary before serving for five years as rector of Grace Episcopal Church in New York City. He was elected as a bishop in 1980.

While in retirement, Allison has taken several public actions that have violated Episcopal canons, such as celebrating the Eucharist with congregations that had chosen to leave the denomination or had been forced to do so. In 2000, he took part in Singapore rites consecrating as bishops two American priests opposed to the ordination of openly gay and lesbian priests and rites blessing same-sex unions.

Read it all in the Daily Courier