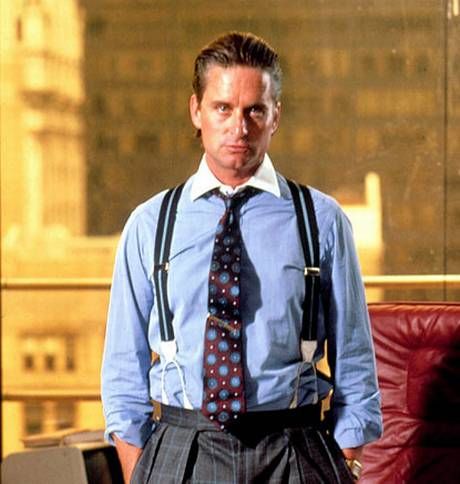 Of all the voices raised in warning about an imminent coup threatening the Catholic Church, former head of the Congregation for the Doctrine of Faith Gerhard Cardinal Müller’s might have been thought to be the least likely.

The unequivocal language he resorted to in his warning of what he believed was a de facto “Vatican III” in the planning was equally surprising.

In an interview with Raymond Arroyo for his programme “The World Over” on October 6 Cardinal Müller made startling claims about the underlying intention behind the Synodal Way.

”You believe the synodal process is shaping up into a hostile takeover of the Church,…an attempt to destroy the church?”

“Yes, and if they succeed, that will be the end of the Catholic church – and we must resist.”

The immediate context for the conversation was an address given by Cardinal Grech, speaking to 200 US catholic leaders in Rome last month.

He reflected on the issue of Communion for the divorced and for those who identify as LGBT+.

“These are not to be understood simply in terms of doctrine, but in terms of God’s ongoing encounter with human beings. What has the church to fear of these two groups within the faithful [that] are given the opportunity to express their intimate sense of spiritual realities which they experience, might this be an opportunity for the church to listen to the Holy Spirit speaking through them?”

Cardinal Müller was excoriating in his response to this.

He countered what amounted to the replacement of historic doctrine by ongoing so-called “spiritual experience; and that this amounted to a “hermeneutical form of cultural Protestantism and Modernism” founded on the principle that individual experience has the same level as objective revelation from God.

“This is an exercise in self-projection for the purpose of populism. But it is obviously against Catholic doctrine.  We have to follow Jesus and not fulfil our subjective wishes.”

We can’t assume Cardinal Grech is more intelligent that Jesus Christ as he sets out to relativise the word of God…..If they succeed, it will be the end of the Catholic Church.”

Arroyo asked him to reflect on why the synthesising of the reports from dioceses from across the world was not being done by or for Cardinals, but instead by “advisors and experts”. Cardinal Müller was particularly excoriating:

“The administrators and group of ‘experts’ charged with producing a synthesis of all the reports have pre-formulated conclusions; they are dreaming of another Church that has nothing to do with the Catholic faith and they want to abuse this process to shift the Catholic Church and destroy it.”

In the UK a Catholic progressive campaign group “Root and Branch” released a poster claiming to have carried out extensive “content analysis” on each of the twenty-two Diocesan Synod reports. In it they claim that 100 per cent want full equality and inclusion of women and LGBTQ+ people; and that 77 per cent want married priests and 91 per cent the ordination of women.

Yet in paragraph 58 of the National Synthesis of the Synodal documents for England and Wales it was asserted thus:

“Despite many calls in the reports for women to be ordained as deacons and priests, “most discernment about the valuing of women was not focused on ordination” but on the need “to reflect on the power and gift of women in the Church”.

It’s hard to reconcile the synthesis assertion that most of the valuing of women was not focused on ordination but on gifts. It suggests that the “Root and Branch” summary is intended to ratchet up the pressure for change by presenting a reality it would like to have seen rather than what was actually there. The whole secular LGBT movement from its outset practised a similar policy by claiming that over 10 per cent of the population was gay. The real position was that it was about 2 per cent. But the exaggeration provided purported evidence for insisting that changes in law and custom were needed.

But it comes as no surprise that the Synodal Way and the pressure groups using it to demand change in the church are shaping up to be instruments agitating for change. The issue is what kind of change?

Former Anglicans voiced concerns that echo Cardinal Müller’s analysis. What the consultations reflect are a laity that has experienced more secular propagandising than any previous generation, and which after a failure in Catholic formation is trying to reconfigure the Catholic Church in the image of the secular culture.

In paragraph 17 of the report, the experience of former Anglicans is acknowledged: .

“Special mention is made of the mistrust of some former Anglican priests who cited negative experiences of synodical parliamentary-style governance of the Church of England, with its motions and votes, pressure groups and campaigns, which “are not easily forgotten”.  Others expressed fear that the Catholic Church would end up going in this “Anglican” direction, despite the differences between the two synodal traditions. Many who voiced that fear claimed to see an “agenda” to change or undermine settled Church teaching and disciplines, which led them either to avoid the synod or take part primarily in order to voice those fears.”

What becomes clearer as the process develops is that there are two opposing cultures and two epistemological value systems shaping up to confront each other through the launching of the Synodal process.

Authentic and traditional Catholicism maintains, only too obviously, that the dogma and practices of the faith have been developed in response to the direct impetus and guidance of the Holy Spirit. This is integral to the self-understanding of the Catholic Church and its expression of faith down the ages.

There is however self-evidently a serious flaw that emerges in the views put forward by the progressive voices clamouring for change through the synodal consultation. Their position contains a problematic element of self-contradiction.

To demonstrate that the new “spirit” that lies behind the change of direction is the Holy Spirit rather than a perverse or secular spirit requires an assumption that the Church has been misled for over twenty centuries.

And where does this new insight and value system emerge from? The lived experience of a generation formed by the most aggressively sexualised and secularised culture in church history.

No wonder Cardinal Müller maintains that this constitutes “a hermeneutical form of cultural Protestantism and Modernism” rather than the authentic voice of the Catholic church.

The Church came into being in response to revelation given by God in a way that took precedence over the expectations of local culture and individualistic preference. It would be perverse indeed if the consultations that emerge from the Synodal process are invested with an epistemological authority that contradicts and undermines the essentials of everything that has gone before.

There would be grounds, as Cardinal Müller and an increasing number of others suggest, for discerning that this movement is inconsistent with the true nature of Catholicism. If that is so, this would be a hostile take-over indeed.