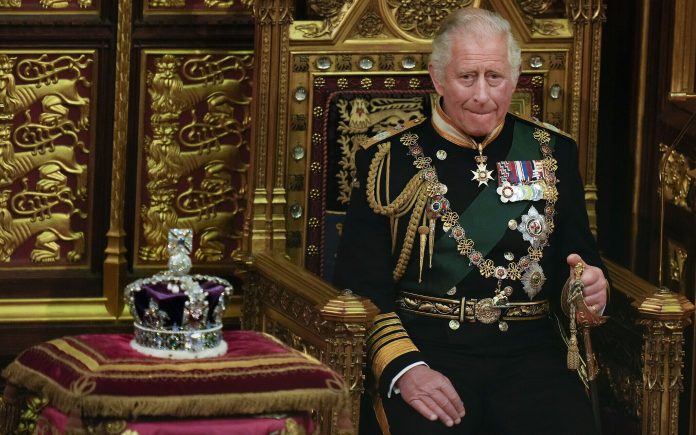 It is difficult to comprehend that Elizabeth II, our extraordinary Queen, in the seventieth year of her reign is no longer with us. In common with most people alive today, I can remember no other Monarch; Her Late Majesty’s profile on stamps and coins has become as much a symbol of Britishness as the Union Flag.

It seems certain that The Queen’s extraordinary sense of duty, right up to meeting the new Prime Minister two days before Her Majesty’s death at the age of 96, was in large part motivated by her Christian faith. Beyond embodying the selflessness to which Christ calls us all, she understood that the Coronation service—and especially the act of anointing—was a religious ritual, and hers a sacred calling. In latter years, Queen Elizabeth made increasingly clear references to her own Christian faith in her Christmas broadcasts (albeit carefully framed so as not to be alienating to her non-Christian listeners); those who knew her spoke of her personal devotion. Friends from overseas have been surprised to see Her Late Majesty described as a Christian leader; but that is indeed how she has been widely regarded in the United Kingdom.

Queen Elizabeth II has sometimes been dubbed ‘the last Christian Monarch’—an epithet that appears to have originated with an official in the Vatican. Whist this was perhaps intended as some sort of tribute to The Late Queen, it is deeply presumptuous with respect to her successor.

I met King Charles III—The Prince of Wales, as he then was—on several occasions during my time as Chairman of the Prayer Book Society, of which he was Patron. He always came across kind and personable. I make no claim to know the King personally: the last time we met (in 2019), I got the very distinct impression he was pretending to remember me when really he did not—hardly surprising, when members of the Royal Family meet thousands of people every year. I have nevertheless heard the now King talk about the Book of Common Prayer a number of times with enthusiasm and warmth, in a fashion which went beyond mere spiritual antiquarianism.

It is true that, some time ago, the then Prince Charles made a throwaway remark that he saw his role not only ‘Defender of the Faith’ but ‘defender of faith’ more generally: this was of course leapt on by various organs of the press, which have no room for nuance in their quest for controversy, although it seemed clear to me at the time that His Royal Highness was speaking metaphorically. In fact, he has since clarified this, and his website quotes a 2015 interview, in which he explained:

“I said I would rather be seen as ‘Defender of Faith’, all those years ago, because, as I tried to describe, I mind about the inclusion of other people’s faiths and their freedom to worship in this country. And it’s always seemed to me that, while at the same time being Defender of The Faith, you can also be protector of faiths. It was very interesting that 20 years or more after I mentioned this – which has been frequently misinterpreted – the Queen, in her Jubilee address to the faith leaders, said that as far as the role of the Church of England is concerned, it is not to defend Anglicanism to the exclusion of other religions. Instead, the Church has a duty to protect the free practice of all faiths in this country. I think in that sense she was confirming what I was really trying to say – perhaps not very well – all those years ago. And so I think you have to see it as both. You have to come from your own Christian standpoint – in the case I have as Defender of the Faith – and ensuring that other people’s faiths can also be practised.”

(If it is initially unclear how the presence of an Established Church might serve to promote wider religious freedom, one need only consider France—a stringently secular nation—where it is thought appropriate for the Police to drag Muslim women off beaches for wearing too many clothes.)

More recently, speaking for the first time after his accession, King Charles said:

“The role and the duties of Monarchy also remain, as does the Sovereign’s particular relationship and responsibility towards the Church of England – the Church in which my own faith is so deeply rooted.”

So there you have it.

Some still question whether the King is really a believing Christian—but how can this be an appropriate question? How can we know what anyone truly believes in his heart, other than on the basis of what he himself professes?

No doubt most of us will have our points of difference with His Majesty’s past words and actions: anyone who read my piece in the previous issue will not be surprised to learn that I am not entirely at one with him on the subject of the environment.

I nevertheless have no doubt that King Charles will, following the example of his mother, rise valiantly to the challenge of his new responsibilities, and will value the prayers of his subjects. God save The King!

Miss Prudence Dailey MBE, is a long-serving member of the General Synod from Oxford Diocese.  She was recently appointed to the Crown Nominations Commission.