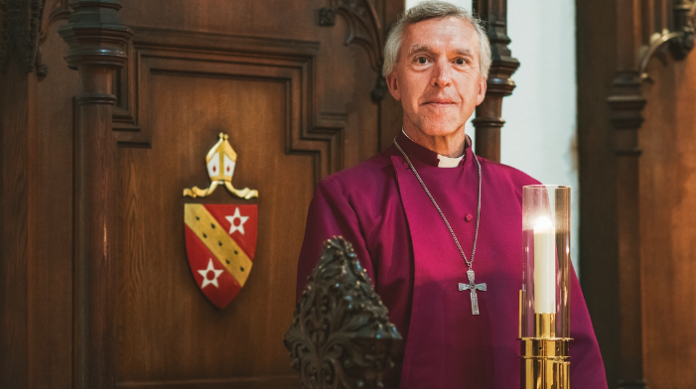 A major investment in church ministry was announced today (September 7) by the Archbishop of Wales.

The Church in Wales will spend more than £100M of its capital reserves over the next decade to help its churches serve their communities more effectively. Investment will be made in development of new ministries and initiatives, as well as in strengthening existing work.

The Archbishop, Andrew John, made the announcement in his Presidential Address to members of the Church’s Governing Body at the start of its two-day meeting today. It was, he said, the “most serious and significant” investment the Church had made since 1920.

He paid tribute to the Church’s trustees, the Representative Body, for their “visionary leadership” in agreeing to invest the money. “It was a courageous step of faith. It was predicated on the conviction that the church has the will and the heart to grow and do new things. Across the dioceses and as a province this new funding will build capacity and create momentum which is precisely what we need and I commend that bold step.”

The Archbishop said consultations were taking place with others on the kinds of developments likely to be most fruitful.

“This is money we can only spend once and careful planning is required about how it will be allocated and how we will hold each other mutually accountable for its use.”

He added, “If we let this time pass and this opportunity dissipate, the consequences will be a Wales that knows less of the love of Christ than at any other time in modern history. But if we commit ourselves to the conviction that God is calling us to be bearers of hope in a new way, we will have done something profound, beautiful and lasting. The task is not to try and spend ourselves out of trouble but to invest in the places where our hearts burn with a new energy and hope. Such an investment brings huge gain and is full of potential.”

The Archbishop also announced that a further £37M over the next 10 years would be given to ensure core church ministry is placed on a sound financial footing especially in the newer dioceses, of Monmouth and Swansea and Brecon, which lacked historic funds.

Addressing the cost of living crisis, Archbishop Andrew announced that the Church in Wales would be campaigning for action over the coming months. He said it was an “outrage” that so many children in the UK were living in poverty and families were depending on foodbanks to survive. “The reality for many more people across Wales and beyond, unless decisive action is taken in the next weeks, is that people will go hungry and cold and in their thousands. This winter will become unbearable and the cost to livelihoods, our well-being, the effect on household debt, the effect on crime and domestic violence will be considerable.

“It is an outrage that in the 6th largest economy in the world, we have so many children living in relative poverty and so many who depend on foodbanks to survive. What was once intended to be an emergency service is now firmly embedded into the fabric of national life where families and many in employment (but at low wages) cannot survive without a local foodbank. I know the countless numbers who help in foodbanks (whom I thank sincerely for their work) agree that this should not be the case.”

The Archbishop called on supermarkets to do more to help shoppers, such as tripling their range of basics to include more fresh food. He also invited churches to be “practitioners of generosity”. He asked every congregation to donate 10 boxes of basics items for the foodbank distribution network during Advent.

“This would generate approximately 10,000 boxes. If we begin before Advent and make that our focus we will be able to alleviate, for some, the worst effects of winter. Some churches will be able to make many more than 10 and that is wonderful. For others, 10 might be a challenge. The important thing is that in order to advocate change in society, we need to model the generosity we believe lies at the heart of the gospel.”

The Governing Body is meeting on September 7-8 at the International Convention Centre in Newport.