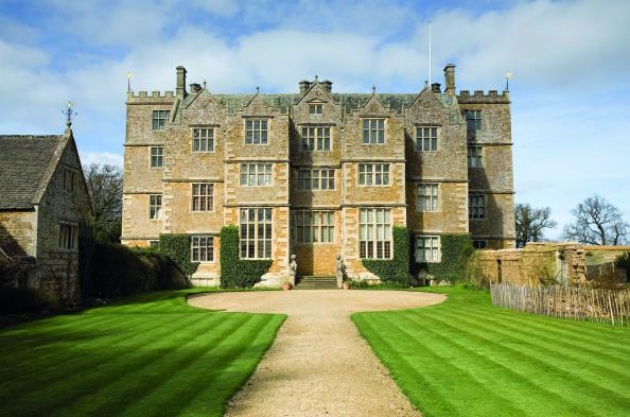 Pride flags flying at an evangelical boarding school in Oxfordshire, UK, which has links with a conservative evangelical theological college training Church of England ordinands, shows the sheer political power of the LGBT lobby.

The link between Kingham Hill School for 11-18-year-olds and Oak Hill Theological College in north London is through the Kingham Hill Trust, which owns both institutions founded by 19thCentury evangelical philanthropist, Charles Baring Young.

The paper reported: ‘Staff at Kingham Hill School in Oxfordshire were instructed to make changes following an inspection from the Independent Schools Inspectorate (ISI) last year.

‘However, parents have criticised the school, which charges up to £30,000 a year for international students to board, after a rainbow LGBT flag was placed on a lectern that had previously been used to read out passages from the Bible. LGBT flags displayed in the school’s library were taken down for an open day but put back up afterwards.’

A parent was reported as saying Kingham Hill was ‘embarrassed to be a Christian school’.

The story included no comment from the school, but a follow-up story in Premier Christian News  did: ‘Kingham Hill School remains fully committed to its Christian ethos, and we do not accept that this is in any way undermined by our efforts to ensure we provide a genuinely inclusive, tolerant, friendly and welcoming environment for all of our pupils.’

The ISI report in October 2021 on Kingham Hill was explicit that the school ‘must ensure that it actively promotes principles which enable pupils with protected characteristics, notably those who are LGBT, to develop their self-confidence and self-esteem’.

To avert the perceived threat of closure, allowing LGBT activists to puff Pride seems to have been seen by the school authorities as a way of complying with the ISI’s ‘action points’.

The Kingham Hill Trust is registered with the Charity Commission for England and Wales. The chairman of the Trust is pension fund executive Simon Pilcher who, according to the Oak Hill website, is chief executive of Investment Management at the Universities Superannuation Scheme.

‘He is responsible for overseeing the investment strategy governing the scheme’s £73bn in assets, the majority of which are invested in-house, across both public and private markets around the world,’ the college says.

He is churchwarden of a parish church in rural Essex ‘where he helps to run the youth ministry and preaches regularly’. He is also a trustee of other charities ‘that support training for evangelical ministry’.

Another trustee is Jeremy Anderson, Commander of the Order of the British Empire (CBE) and former chairman of the financial services practice of global accountants, KPMG. He chairs the Oak Hill College Council and is a churchwarden at St Helen’s Bishopsgate, the CofE conservative evangelical flagship church in the City of London. He served on the Archbishop of Canterbury’s task group on responsible savings and credit.

He was on the UK Commission for Employment and Skills and is a former chairman of the UK National Employment Panel. ‘He was awarded a CBE in 2005 for his services to employment,’ the college proclaims.

Property executive Nicholas Bewes is another trustee. He is chief executive of the Howard Group, a family-owned property and investment business in Cambridge.

‘The company’s property activities are predominantly based in East Anglia and London and include student accommodation, residential investment, commercial property development and management,’ Oak Hill says.

One of the governors of Kingham Hill School is Richard Cunningham, director of the Universities and Colleges Christian Fellowship (UCCF). The school’s website says: ‘Richard lives close to the school in an old mill that Kingham Hill owned and in which it once kept pigs and chickens! He studied at London University – trained and worked as a teacher, followed by a stint on the staff of St Helen’s Church, Bishopsgate.’ He is an ordained CofE minister and according to a spokesman for Oxford Diocese has the Bishop of Oxford’s permission to officiate.

Despite the formidable professional qualifications of these conservative evangelical stalwarts, the political power of Pride seems to have proved irresistible at Kingham Hill School. But is an evangelical fightback possible in the new academic year? That is arguably the £73 billion public interest question.

‘No Ducks in a Row’: Anglican Missionaries Encouraged to Step Out in Faith