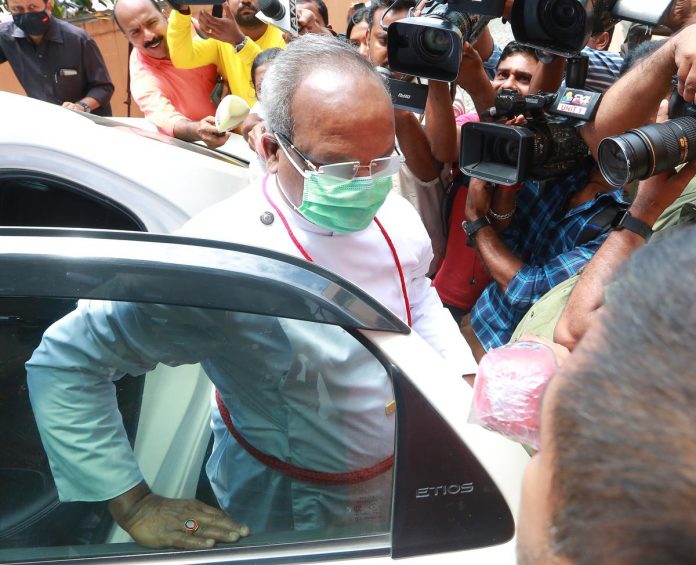 People who have recently met CSI Moderator and Bishop of South Kerala Diocese Dharmaraj Rasalam say he looks depressed. He appears subdued and deeply worried after being interrogated for nearly 30 hours on three consecutive days late last month by the Enforcement Directorate (ED) in Kochi.

That interrogation may however only be the start of the Moderator’s problems with what is the most powerful government probe agency today. The manner in which the ED has dealt with at least two other CSI bishops under the much feared Prevention of Money Laundering Act (PMLA) that it administers shows Rasalam has reason to worry.

Incidentally as this piece is being written comes news that a Supreme Court bench led by on-the-verge-of retiring Chief Justice N.V. Ramana is to hear on Aug 25, 2022 a review plea against the court’s own PMLA judgement last month. A three judge bench led by then retiring justice A.M. Khanwilkar had stirred much controversy by backing the ED’s draconian powers of summons, raids, arrest and attachment.

The first CSI bishop to run into serious PMLA problems was Bishop Manickam Dorai of Coimbatore whose troubles with the ED started in 2013 and continues to this day. Like in the case of Rasalam where the ED came in after the state police had filed FIRs against him, Dorai came to the ED’s attention after the Tamilnadu crime branch had registered cases against the bishop and his brother M. Moorthy for allegedly misappropriating diocesan funds and defrauding a public charitable trust to the tune of Rs 7.93 crores.

Interestingly Dorai was the first bishop in CSI history to be sacked from his post in 2012. If you think the reason was the very serious corruption charges arising from an enquiry ordered by then Moderator S. Vasanthakumar through retired Karnataka High Court judge M.F. Saldhana, perish the thought. The real reason Dorai was dismissed was because he was vociferously disrespectful of the Synod Court, accusing the bishops on it of being corrupt themselves and not having the moral authority to sit in judgement regarding the charges that had led to his suspension.

In 2013 Dorai and his wife Soodamani, a co-accused, moved the Madras High Court in separate writ petitions seeking to quash the ED’s proceedings against them including provisional attachment of their properties. After a five year long legal battle, the court ruled in late 2018 that Dorai and his wife “had failed to establish any legally acceptable ground” to interfere with the ED’s orders and dismissed their petitions. Shortly after, their prosecution in a Chennai court by the ED got underway. At the last hearing two days ago (see order below), the former bishop was present but his brother Moorthy (A2) was absent and a non-bailable warrant has been issued for him ordering his presence at the next hearing on September 23, 2022.

Another ex-bishop currently in the crosshairs of the ED is former Moderator and Bishop of Krishna Godavari Diocese Govada Dyvasrivadam. In 2018 the Andhra Pradesh CB-CID had him arrested on a private complaint by one Boddu Yohan — former secretary of the diocese and a highly principled individual who at 87 years of age still takes a city bus to follow up on his complaint — and later jailed for alleged illegal land sales and misappropriation of diocesan funds.

Late last year the ED served Dyva a notice to appear before it. He instead moved the Telangana High Court (ED office for the region is located in Hyderabad) and got an interim stay on further ED action. Last month High Court judge G. Radha Rani ruled “it is considered fit to vacate the stay of investigation granted by this court vide interim orders dated 7-12-2021 and direct the Enforcement authorities to proceed with the investigation strictly in accordance with law.” Compounding Dyva’s legal troubles is the fact that the chargesheet in the CB-CID case against him and his co-accused is to be filed in a Vijayawada court soon which will get that trial too started.

All this should be a sobering reminder to corrupt CSI bishops and their diocesan accomplices that the long arm of the ED will get them. And they could have serious legal troubles even decades after their retirement leading to no peaceful sleep and lawyers feasting on their ill gotten gains.