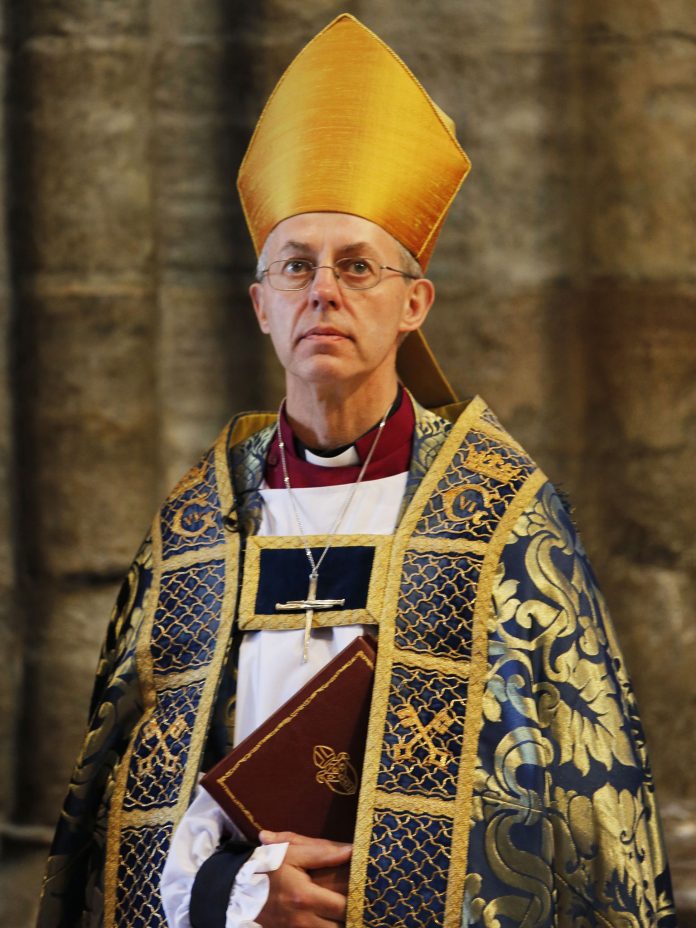 Every ten years, bishops from all over the global Anglican Communion meet up in Canterbury to argue about gay sex. They are supposed to be talking about other things as well — after all, there are 90 million Anglicans worldwide and there is much to discuss: poverty, global warming, famine, war, even secularisation. The theme for this year’s conference is “God’s Church for God’s World: walking, listening and witnessing together”. But the only witnessing they are doing is to the brokenness and divisiveness of the Communion. Out in the parishes, the best we can hope for is that our parishioners won’t notice. We are all praying for a busy news week.

The Anglican Communion is the product of empire. As the map of the world came to be covered in red, missionaries from the Church of England piggybacked upon the whole imperial project to convert indigenous peoples to the joys of the Book of Common Prayer. And they were remarkably successful at it: Cranmer proved surprisingly popular in Kigali. Not only that, but the worldwide Anglican Church — especially in Africa — continues to grow at an incredible rate. As churchgoing collapses in the UK, and in the West more generally, in other places it is rapidly expanding. In 1970, there were 7.7 million Anglicans in Africa. By 2015, that figure had risen to 57 million and continues to grow. In numerical terms, Anglicanism is thriving — it is currently the third largest group of Christians in the world. Never before have there been so many people in the pews. Mostly, they are in their thirties, female, black, and conservative.

It may be no surprise, therefore, that the Archbishop of Canterbury has proposed that the worldwide Anglican Communion ought to have a greater say in choosing his successor. It used to be that the global communion supplied just one of the 17-member group that passed a name to the Queen. Last month, it was agreed that it should be five — with local representation from Canterbury being halved. The Church of England was formed on the basis that “the Bishop of Rome hath no jurisdiction in this realm of England”. Yet in the years to come, the Bishops of Nigeria will play a decisive role in choosing the most senior member of the British establishment outside the royal family, and ex officio member of the House of Lords. Which is why it is likely that the next Archbishop will be even more conservative on matters of sexuality than his — and yes, it will inevitably be a him — predecessor. The fabric of the Communion will continue to tear, with the shrinking liberal West at continual ideological war with the burgeoning Global South, the hot button issue remaining that of homosexuality.

The organisers of this year’s Lambeth Conference were especially keen that the world’s bishops would not get derailed by more endless arguments over gay sex. But however hard they tried, the question could not be managed away. Somehow, a text that claimed “it is the mind of the Anglican Communion as a whole that same-gender marriage is not permissible” found its way into the official papers. Given that a number of the bishops are themselves in same-sex marriages (their spouses were not invited), this was slightly tricky. Late on Monday night, just hours before all the purple shirts were due to gather, Justin Welby intervened to allow liberal bishops to express their disagreement with this statement. But the damage was already done. The Conference was preceded with lots of talk of reconciliation. Planners had been “cooing in our ears about fellowship”, said the Bishop of Los Angeles. But all that feels a very long way away now. The Anglican Communion has long been a recipe for perpetual rancour. And the only way to take all the acrimony from the debate is to stop Canterbury being the focus of the global Church.

Read it all in Unherd