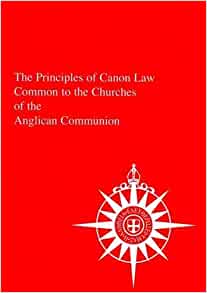 The Twittersphere has been much exercised in recent days by a passage in the Lambeth Call on Human Dignity, upon which those bishops who have chosen to attend this year’s Lambeth Conference in Canterbury will be invited to vote. The term ‘resolution’ is not used, but these Calls seem to be resolutions in all but name. The sentence which has animated particular concern, and in many quarters hurt, reads as follows:

“It is the mind of the Anglican Communion as a whole that same-gender marriage is not permissible.”

“I never agreed to this Call in its current form. At no point in our meetings did we discuss the reaffirmation of Lambeth [1998 resolution] 1.10 at the Conference, and it never appeared in any of the early drafts of our work together. I can confidently say that the Human Dignity Call in its current form does not represent the mind of the drafting group, and I distance myself from the reaffirmation of Lambeth 1.10 in the strongest possible ways. I also unequivocally reject the phrase within the Call, ‘It is the mind of the Anglican Communion as a whole that same-gender marriage is not permissible’. This statement is simply not true.”

Those organizing the Lambeth Conference have carried out a reverse ferret in double quick time. A revised text will be prepared, and a third option to the electronic voting allowing participating bishops to indicate that ‘the Call does not speak for me’. The fact that it had originally been planned not to have a ‘no’ button, gives an insight into the mind of the organizers, neither inviting nor permitting dissent. The change can only be welcomed.

But this post is not about same-sex unions and their compatibility with Christian doctrine. Others are far better placed to write on that. Rather it seeks to expose the legal and ecclesiological illiteracy of the Call in general, and the above-quoted passage in particular. The bishops who attend this year’s Lambeth Conference cannot possibly make statements declaratory of the mind of the Anglican Communion. At best they can declare the majority mind of the 2022 Lambeth Conference but nothing more. They are not representatives of the dioceses or provinces from which they come. They attend in their personal capacities. They each speak for themselves and no one else.

The Lambeth Conference has no legislative competence. Its resolutions are expressive of the opinions of those present and voting, but have no binding force in any component Church unless and until expressly adopted by the competent law-making authority within that Church. Resolution 1.10 has never been incorporated by adoption into the canon law or other governing instruments of the Church of England. The attempt to affirm resolution 1.10 in the wording of the Human Dignity Call (which was kept secret from at least one member of its drafting group) has all the appearance of an attempt to weaponize it against devout and sincere gay and lesbian Christians.

Although the mind of the Anglican Communion cannot be measured or expressed, it can, however, be revealed through a comparative analysis of the laws of each legally autonomous Church. Canon law has been described as ‘applied ecclesiology’: the manner in which a church self-identifies is authoritatively declared by its laws. Establishing which particular laws are shared across all the Churches of the Communion allows common principles to be discerned and articulated. The laborious task of analyzing the laws of all such Churches was undertaken by the Anglican Communion Legal Advisers Network and led to the launch at the Lambeth Conference 2008 of The Principles of Canon Law Common to the Churches of the Anglican Communion.

Read it all in Law and Religion UK