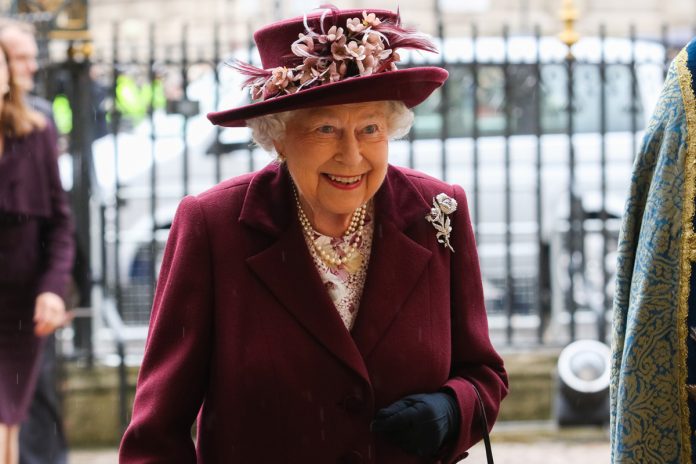 I’m sure that our Loyal Address today is something that will be sincerely and deeply felt. It is because in Her Majesty we have found someone who carries lightly her own importance, a genuine humility is there while knowing fully what her role is in church and state. Until the last opening of Synod during a brief break in the Covid pandemic, she had opened the Synod herself, in person on every occasion since it started in 1970 – many of you will remember that!

And on each occasion she has left us with a memory and a thought of someone whose personal Christian faith is undoubted, whose conviction as to the role and place of the Church of England in the realm is beyond question.

In 2012 at her Diamond Jubilee she came to Lambeth Palace and gave a speech in which she reminded the Church of England of its development over the course of her extraordinary reign, and she reminded those there that the Church of England is essentially the Church for England, for every single person in England. She reminded us that we are there to defend the right of faith to be the people of Christ and yet generous in our hospitality. She showed in her speaking that profound sense of the hospitality of the triune God and I consciously and deliberately refer indirectly to the icon. And yet, at the same time – and there is no contrast between these – she has been rightly described as England’s greatest evangelist.

Her Christmas messages are absolutely what one might, to coin a phrase ‘Christ centred’ – maybe that’s where the Archbishop of York got the idea from – and Jesus focused. When we meet the conversation is not just about the functionality of the church but the faithfulness of God. She is a servant of Jesus Christ first.

At her coronation all those years ago, she came up the aisle of Westminster Abbey straight past the throne and knelt at the high altar for silent prayer, and that is a reminder that our constitution is the Queen gives her allegiance, the monarch gives their allegiance to God, before anyone gives their allegiance to the monarch. We are a nation under God. But that is not interpreted triumphalistically by Her Majesty but is interpreted generously by Her Majesty hospitably, openly, gladly.

Over 70 years she has adapted in ways that are extraordinary to an entirely different world. At her coronation which lasted over four hours there were all the hereditary peers from the House of Lords, no life peers. She has adapted to the changes in culture, she has gone on journeying with God through all these years, in faithfulness, in loyalty, in devotion and in trust. When her dearly loved husband of 73 years died, and I remember sitting in St Georges Chapel, my seat pointing so I could see her, she sat in perfect stillness, perfectly alone, her duty meaning that no one sat with her. That is her service, her humility, her respect for all that is good and beautiful and holy. She cared for others at that service more than herself.

Perhaps the openness of faith, the dedication of life, the gift of service, the understanding of what it is to be Christ centred and what it is to live that out to all in the land and all around the world is why when the Duke of Edinburgh died, the WhatsApp for the Primates of the Anglican Community was instantly filled with messages of condolence from around the world. Heartfelt signs of sorrow out of love for Her Majesty Queen Elizabeth the Second, head of the Commonwealth. Because she is not only our ruler, the one to whom all Bishops swear allegiance, she is also perhaps the preeminent world leader in terms of moral influence, an influence that comes not just from her position in the realm, not even from her long service but from the Christ-centred character for which we now send a loyal address which I now move.