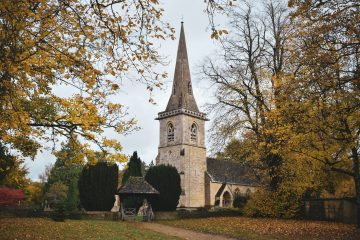 TINA. This was Mrs Thatcher’s favourite acronym, which found itself scrawled across memos daring to argue against key parts of her programme for government. There Is No Alternative. TINA packs a powerful punch because it forces on opponents the obligation not just to oppose a particular set of policies but to advocate a concrete set of alternative proposals, which must themselves stand up to scrutiny.

The Church of England’s leadership has relied on TINA quite heavily in recent years. When churches are forced to merge, and merge again, and priests are compelled to minister to ever more unwieldy numbers of parishes, plaintive fingers point to depressing budgets and the humble folk at the bottom are told “There is no alternative.”

When parishes look in horror at the size of the tribute money demanded from their dioceses, and then at the age and wealth of the loyal faithful who will have to find that money, central church accountants shake their head sadly and mutter, “There is no alternative.”

The denuding of parishes of their resources began in 1976 with the appropriation of all parish endowments and land (pledged over generations for the upkeep of the ministry in those parishes), and has continued with the dioceses and national church commissioners getting their sticky paws on the proceeds of parsonages when sold (they were, of course, built and paid for at the expense of parishes).

These parishes now look plaintively at the money and assets that once were theirs as their appropriators make ever more exorbitant demands on those parishes with a hearty sigh that “There is no alternative.”

When the Diocese of Leicester plans the almost total destruction of the parish system, merging all their little parishes into vast mega-parishes, with a greatly reduced number of priests (and some free lay leaders) dished out like GPs in a Blairite GP surgery, they point to a £1.36 million shortfall (in the Covid year of all years), sigh, and say “There is no alternative.”

But there is. Frankly there is the money to make a heck of a lot of difference. And it has been woefully, almost criminally, mis-spent. If I were to tell you that the Church of England earmarked £176 million to be spent exclusively on shiny new projects intended to bring in 89,375 new disciples, would you necessarily think this was the same church forced to destroy its parochial system for lack of funds?