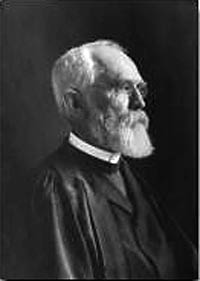 The Episcopal Church’s House of Bishops has amended a resolution proposed by the Diocese of Southeast Florida that would have removed William Porcher DuBose from the Episcopal Church’s calendar of commemorations. On the first legislative day of the 80th General Convention meeting in Baltimore, the Bishops were presented resolution C003 which read:

That the Rev. William Porcher Dubose observed on every occurrence of August 18th in the liturgical year, be withdrawn from the Lesser Feasts and Fasts Calendar of the Church.

The explanation to the resolution stated:

When the resolution was presented to the bishops by the committee on Liturgy and Music, a substitution was offered, which was adopted after debate. It softened the expulsion of Dubose from the Lesser and Feasts and Fasts by making his absence a trial use liturgy. The new resolution stated:

Resolved, that the 80th General Convention authorize for trial use the deletion of William Porcher DuBose from the Calendar of the Church and liturgical propers from Lesser Feasts and Fasts.

The resolution now goes to the House of Deputies for action.

On 13 April 2021 the School of Theology at the University of the South in Sewanee, announced it had changed the name of its annual Dubose lectures to Alumni Lectures.

William Porcher Dubose (or DuBose) was born in South Carolina in 1836, served as a chaplain in the Confederate Army before becoming a theology professor at Sewanee in 1871 and dean in 1894.  Before the Civil War Dubose’s family owned more than 200 slaves, the seminary said in a press release. After the war he continued to support the morality of the Confederate cause, leading to his being cancelled by the school in 2021.