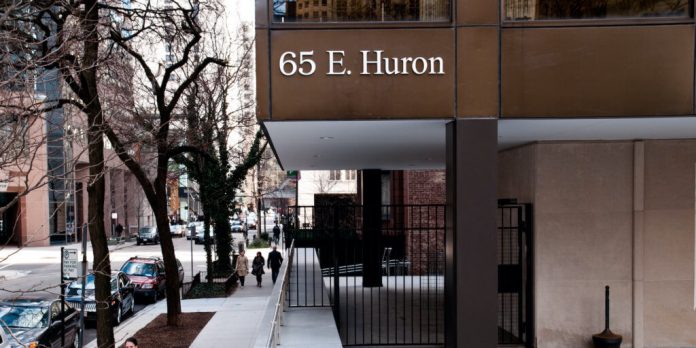 The Episcopal Diocese of Chicago is headed back into the property markets, and it’s looking like it could use a little divine help.

The diocese, the denomination’s headquarters for northern Illinois, operates from a nearly half-block site at 65 E. Huron St. in Streeterville, the southwest corner of Huron and Rush streets.

With a five-story building and a plaza, it’s the kind of underused site in a prime neighborhood that ordinarily would have developers scheming to get hold of it. And years ago, it was supposed to get a project that promised to be one of the poshest in Chicago.

But hard luck has stalked the diocese’s longtime interest in selling the property. Two former Episcopal bishops here have tried it and been thwarted.RELATED

The credit crash of 2008 ended a plan for a 64-story Canyon Ranch condo and hotel tower, complete with a spa, all aspiring to the prestige and adornments of a five-star hotel. The diocese tried again to sell it in 2020, but the pandemic scuttled that plan as it did many others.

Last week, the diocese announced it is trying again. It hired the real estate firm CBRE to market the site.

“The church seems to always wait until there’s a downturn in the market to put its property up for sale,” said James Letchinger, head of JDL Development, probably the most active builder on the Near North Side.

Read it all in the Chicago Sun-Times