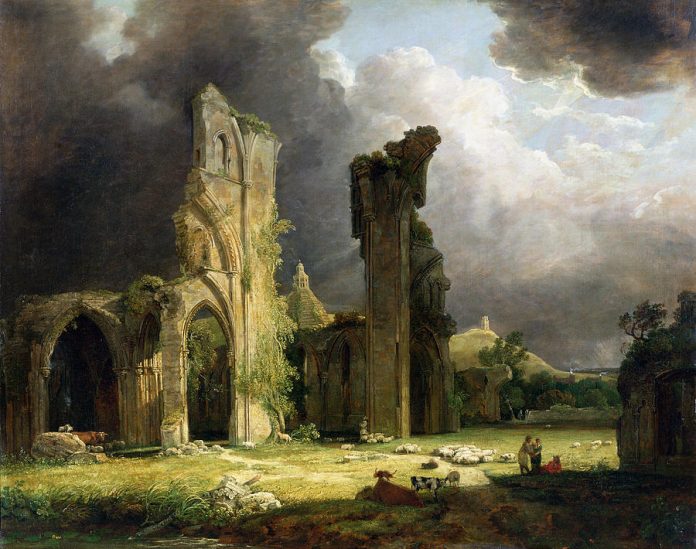 Christianity is declining in the UK. In particular, the numbers participating in churches are decreasing each year. Of course, not all denominations are declining. A few are growing. What is the pattern of growth and decline across the UK denominations? And what does the future look like for these churches?

These are the types of questions my church growth models are designed to answer. This post will compare church growth and decline for the last five years of available membership data. Then, I will use the Limited Enthusiasm Model of church growth to estimate the strength of each church, represented by its “R” number. This number can indicate that a church is heading for extinction. Another method can estimate the extinction date. Finally, I will examine how churchmanship may influence growth and decline. (A second post will deal with the relationship between decline and progressive ideology.)

Some caveats. Firstly, models are based on assumptions. Thus, they are unlikely to capture a given church’s membership dynamics fully. Usually, though, they are close enough. Secondly, models make forecasts, not predictions. There are always random events that prevent an accurate description of the church’s numerical future. Also, the data is rarely that accurate or consistent. However, the forecasts can help churches examine their policies to enhance growth or combat decline.

The original analyses appear on other pages on this website[1]. I mainly use data collected by Peter Brierley, but where possible, I enhance with data using denominational reports[2].

I will use the annual rate of change of membership for the five years to 2020 to estimate the current strength of the denominations[3]. Figure 1 shows these rates in rank order using blue for the “historic” denominations – ones founded before 1900. Red indicates those established after 1900[4].

All bar two of the pre-1900 churches in this set are declining. Only the Free Church of Scotland and Seventh Day Adventists are growing. By contrast, all the post-1900 churches are growing[5]. Have the older churches gone stale? Do the newer ones still retain some of the fire of their founders?

The Welsh denominations are doing particularly poorly: The Welsh Presbyterian, the Church in Wales and the Union of Welsh Independents. Are there some peculiar factors in Wales that act against Christianity?

Both decline and growth rates have stayed constant over many decades. I could have presented a similar chart twenty years ago! The main factor in church decline is the lack of conversions[6]. These churches then get older, and their losses get worse due to higher death rates. Why have the declining churches been unable to increase conversions? How have the growing churches been able to sustain conversions?

In 1999, I proposed that churches grow in a similar way to the spread of an infectious disease[7]. The analogy works when existing church members add new members through personal contact, whether directly or indirectly[8]. I called the model the “Limited Enthusiasm Model” as only a subset of the church recruit and only for a limited time. These people are called enthusiasts.

Using the model with church membership data provides an estimate of the current R number for each denomination, figure 2. We heard about R numbers during the COVID outbreak. For churches, I call it the “Reproduction Potential”. If this number is less than one, enthusiasts fail to reproduce themselves, conversions are too weak, and the church dies out (the shaded region, figure 2). If the reproduction potential is greater than one, conversions are strong enough to counter losses, and the church may grow. How many people get converted depends on R.

Figure 2 shows that most UK denominations have R less than one and are heading for extinction[9]. They are the same churches as in figure 1! However, the reproduction potential shows that conversion is at its worst in the Welsh and Scottish churches. Is this weakness in recruitment a national trait? Is England somehow more “Christian”? Perhaps there is less theological diversity in the Celtic churches, quenching movements that would stress the need for conversions.

Three churches are increasing their numbers of enthusiasts; FIEC[10], Newfrontiers and the Elim Pentecostal Church. Although their R numbers are only just over one, that is typical for social diffusion[11]. If they maintain this potential to convert, they could reach five times their current number by the end of the century. But they would have to keep this value for eighty years. Quite a challenge!

Data fitting is fraught with uncertainties. In figure 3, I give a range of values for the reproduction potential. The upper values assume very extreme values for losses from the churches. High losses could mask underlying conversions, though this scenario is unlikely. Even so, the model still indicates that most historic churches will become extinct. It is possible that Catholics, Anglicans and Baptists could just survive, but at vastly reduced numbers.

To narrow the ranges in figure 3, I would need data on conversions, losses and deaths. I was able to obtain such data for the Church of Scotland, where additions are well below losses. Its narrower range for R, well in the extinction region, shows that it has a mountain to climb even to prevent extinction, let alone stop its decline. I expect most of the other denominations above have similar challenges.

Although the Limited Enthusiasm Model can determine church extinction, it cannot forecast its date because this model does not take into account ageing. As congregations age, the proportion of losses caused by death increases. However, I can estimate an extinction date by assuming ageing is a significant component of the church losses. Membership data for ageing churches follow a downward straight line[12]. Figure 4 shows a typical straight-line decline, predicting the United Reformed Church will become extinct by 2038. The decline could slow down, but there is no evidence yet that it will[13].

In figure 5, I have given a timeline of extinction dates for the churches with an R number less than 1. The Baptists and Brethren should last until the end of the century. Their decline is slow, and there is hope that they could return to growth if they make conversions their priority.

The Church of England and Catholics should last until the second half of the century. However, they need to take urgent action now. Stemming losses is not enough. None of us can prevent ageing! Whatever their current denominational emphases, they should put all aside to encourage members to make new disciples who can replicate themselves. Praying for an outpouring of the Holy Spirit would not go amiss either.

Sadly, the immediate future looks bleak for the Church in Wales, Church of Scotland, Episcopalians, Methodists, and older Welsh nonconformists. They need to seriously ask themselves how they have gotten themselves into a situation where extinction is less than 30 years away. What is wrong with their beliefs and practices that are stopping them from making converts? A quick about-turn is needed.

I could provide some pointers to the causes of decline by revisiting the growth & loss rates in figure 1. These rates suggested that decline and extinction are more likely in the older denominations. Maybe they are coming to the end of a lifecycle. But why?

In figure 6, I give the same change rates indicating the churchmanship of the denominations. Specifically, I am thinking of the balance of congregations with evangelical beliefs and those who are liberal[14]. All the evangelical denominations are growing, except for the Brethren. By contrast, all the mixed denominations are declining, with the liberal ones declining the most. Is this because evangelical beliefs on judgement, salvation and Jesus as the only way drive their members to seek converts? Do liberal Christians have insufficient theological reasons to want to spread their faith?

In the 1980s, sociologist Dean Kelley proposed a theory that strict churches are stronger than lenient ones and are more likely to grow[15]. His data showed that conservative evangelical churches in the USA were growing, but the liberals were declining. Figure 6 indicates that nothing has changed. Theology influences behaviour, and there has been a substantial theological drift over time in the older churches. The data suggests that the declining churches are unlikely to survive unless they change their beliefs back to that of their founding fathers.

There is a challenge to evangelicals also. Do all members of evangelical churches know what they are meant to believe? How many are convinced by the realities of hell, heaven and salvation? Do they only talk about these things and do little practical evangelism?

With church decline still continuing after 60 years, I can’t help feeling that God has a controversy with his people (Micah 6:2, AV). God is the author of church growth (1 Cor 3:6-7). Without his Spirit, not one conversion could take place. So, if we keep declining, and he is giving few conversions, we must ask why? Are we offending God? We need to take in the “writing on the wall” summarised in figures 1-5 and answer that question. Or, as He puts it Himself :

If my people, who are called by my name, will humble themselves and pray and seek my face and turn from their wicked ways, then I will hear from heaven, and I will forgive their sin and will heal their land. (2 Chron 7:14)

One thing is clear, if things carry on as they are, the future of Christianity does not lie in the hands of the older denominations[16]. These products of the Reformation and Puritan times have run their course. They have fulfilled God’s purposes and are no longer part of his plan. The Church of England will cease to be a national church, and the Churches of Scotland and Wales will disappear by the middle of this century. Instead, God will work through the next cycle of denominations – Pentecostal and Evangelical ones, picking up the pieces left by the extinct historic churches.

Is that the future we want? Or could we envisage a future where God sends his Spirit on all denominations, restoring their beliefs, back under the Lordship of Jesus? A future where we finally had the courage to humble ourselves, pray, seek him and turn.