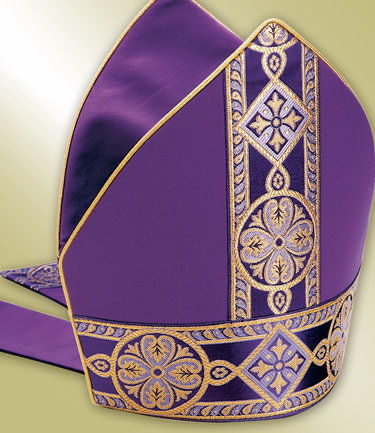 A momentous day has closed at the General Synod of the Anglican Church of Australia. In a key vote to affirm a Statement on Marriage as the union of a man and a woman a majority House of Bishops showed themselves to be in a very different place to the overwhelming majority of the rest of the Synod.

The national gathering, held on the Gold Coast of Queensland, considered a Statement [pdf] that sets out orthodox teaching on the nature of marriage and also that,

The solemnisation of a marriage between a same-sex couple is contrary to the teaching of Christ and the faith, ritual, ceremonial and/or discipline of this Church.

Any rite or ceremony that purports to bless a same-sex marriage is not in accordance with the teaching of Christ and the faith, ritual, ceremonial and/or discipline of this Church.

The background to the Statement is set out in an earlier report.

The expected outcome of the vote was signalled by the voting on a number of amendments the previous evening. Those that failed did so by similar margins each time, approximately 90-150. By a rough count well over 60% of Synod were supportive of the motion.

Speeches in opposition followed patterns familiar to many who have seen these debates; Jesus’ words in Matt 19are about divorce and cannot be extrapolated to be a general statement on marriage, there were calls for more discussion from Archbishop Freier of Melbourne, complaints that the motion smuggled in a “dangerous” complementarian theology, that it would not provide the certainty it promised given the divided mind of synod etc.

In his closing comments the mover of the motion, Archbishop Kanishka Raffel of Sydney, laid out what he understood to be the pivotal moment that the synod had arrived at; what synod was being asked to affirm here is unremarkable and if it could not pass then “something is fundamentally awry”. He reminded the attentive hall that a failure to pass the motion would effectively be adopting a stance contrary to that which had been repeatedly affirmed by successive General Synods.

The vote was called and immediately there was a move to call the vote by houses. Synod voted as follows:

Despite an overwhelming majority (greater than that in favour of same-sex marriage amongst the general population in the recent plebiscite) the Bishops narrowly voted against. Archbishop Raffel asked for leave for a personal statement and reminded the synod that this was a tipping point issue in Provinces around the Communion, going so far as to suggest that if dioceses now proceeded to simply act on their own on this contentious matter there was, perhaps, little point in meeting together in this way in the future.

Following a request from Raffel we adjourned early for lunch.

The mood around the room was best described as sombre. There were tears and prayers amongst many of the orthodox. The common lament was that our bishops could so willingly abandon orthodoxy and in the face of such a clear majority amongst the church.

Returning after lunch notice was given of a motion with the strong language of asking the bishops to repent of their actions. Leave to give notice was granted but the motion itself not debated and set aside for later.

We debated the second statement affirming definitions of chastity and unchastity which passed narrowly in the house of bishops, only further outlining the confusion – how could the bishops vote for one but not another? The second statement affirmed the nature of marriage – something that the bishops had just rejected in the previous statement. Synod continued into the afternoon and evening dealing with necessary legislation and other motions but the sense of unfinished business prevailed. As Synod gathers for day 4 there will almost certainly be further responses.

But the question now remains for the Anglican Church of Australia – can the healing that the Primate called us all to possibly occur when so many of her bishops are so out of touch with the substantial majority of the church, let alone the historical orthodox catholic position of 2000 years?