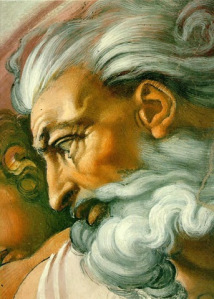 Controversies about language and gender dominate media and social media. Not surprisingly, it also clouds debate in the church at times, in the language used of God and his identity. One recent example is the World Day of Prayer liturgy 2022. The service prepared by women members in England, Wales, and Northern Ireland, used the phrase ‘God our Mother and our Father’. This liturgy was presented for use in the annual service held at the beginning of March.

In an explanatory note in the Order of Service, the authors state: “We have used the phrase ‘God our Mother and our Father’ in this service not intending to be provocative but only to draw attention to the wider imagery of God and to try and take a small step towards an understanding of God beyond gender.  We have similarly avoided using either male or female pronouns, but talk of God as God and not ‘he’ or ‘she’. WDP is a women-led movement and perhaps, by introducing some balance to a predominately masculine view of God, we can encourage women and men to be open to new and deeper experiences of the love of God has for all creation.”

These raises all kinds of questions about revelation and the nature of God. While human language cannot convey the full and total majesty of God’s being, nevertheless in the incarnation and in the inspiration of the Scriptures, we see God choosing to use and accept human language as the means of true revelation. While the compilers may not have intended to be provocative, it is provocative indeed to address God in such a manner. While we are mandated to call God, Father; we have no similar injunction to call him Mother. He is not merely ‘our Father’, but the God and Father of our Lord Jesus Christ. We know him only through and in relation to Jesus. Calling God Mother does not reflect God’s self-revelation in Christ. Interestingly, the revisionist authors did not dare to meddle with the form of address mandated by Jesus in the Lord’s Prayer.

However, the avoidance of God’s pronouns seems to be part of the spirit of the age, and paradoxically, contrary to the spirit of the age also. It accords with contemporary trends in the church, where theology is more an exercise of imagination than a response to revelation; your envisaging of God is as good as mine. Yet it also goes against current concerns about pronouns, where sections of society are careful not to misgender or mislabel anyone with the wrong pronoun. Everyone must be referred to by their preferred pronoun, runs the wisdom. Except God, decrees the World Day of Prayer. In the name of inclusivity, the truth of God is excluded.

The compilers knowingly or unknowingly have slipped into the ancient heresy of tri-theism rather than classic Trinitarianism.  God has revealed himself as one God in Three Persons; God the Father, God the Son, and God the Holy Spirit.  The Creed of Athanasius provides the classic definition of the subject.

The World Day of Prayer movement is active in most Protestant denominations in the British Isles.  The 2022 WDP liturgy is not the first example of a less than orthodox expression of the Christian faith by the group. Perhaps next year it will be called the Woke Day of Prayer.