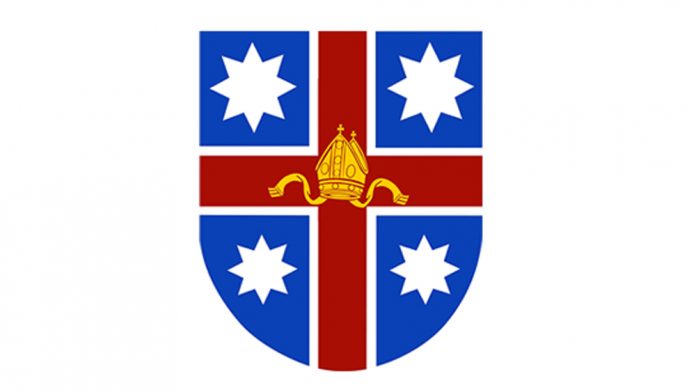 The 18th Session of the General Synod of the Anglican Church of Australia is finally upon us after numerous delays. Delegates from all 23 dioceses will gather together for 5 days on the Gold Coast to consider a range of matters but it is clear that a long-awaited debate on human sexuality is the topic which garners most anticipation.

Writing in the Australian, Jamie Walker provides a balanced summary [paywall] of what he describes as “A long-delayed showdown over same-sex marriage”. I am quoted alongside a range of views from across the national church. The piece is fascinating in that we already see revisionists working to downplay any potential affirmation of orthodoxy from the General Synod.

[A proposed] statement on same-sex marriage sponsored by Archbishop of Sydney, Kanishka Raffel, will bring to a head the bitter dispute after blessings were conducted by the rogue Wangaratta Diocese in Victoria and the Newcastle Diocese in NSW did the legwork to offer them.

But the statements sought on same-sex marriage and chastity would be non-binding and likely ignored if passed, Dr Catt said.

Archbishop of Perth Kay Goldsworthy, the first woman to be consecrated bishop in Australia, said the outcome was impossible to predict.

Asked if progressives in the church could quit over same-sex marriage, she said: “I am certainly not leaving … Statements such as these are dealt with under a particular rule of our standing orders and I think then would need to be taken around the country and debated separately in every diocese.”

There are 2 statements being debated, one on the doctrine of marriage and the other on chastity. The now widely-circulated statements are attempt to provide clarity after the contentious opinion of the Appellate Tribunal which argued that the use of the term “Doctrine” in the Constitution of the Anglican Church of Australia was very narrow. As a result, they argued, the blessings proposed by Wangaratta and Newcastle were not contrary to the Constitution. In reaching this decision they set aside the Constitutional requirement to rely on answers from the Board of Assessors and House of Bishops on matters of theology, both of which argued that same-sex marriage was clearly contrary to the doctrine of the church. They also ruled in direct contradiction to the motion of the last General Synod which stated that same-sex marriage was “contrary to the doctrine of our Church and the teaching of Christ”.

The Statements themselves make clear that they are the mechanism provided by the Constitution to make clear “statements as to the faith ritual ceremonial or discipline of this Church”. The Statements will therefore clarify and even correct where the Appellate Tribunal has erred and over-reached.

The possibility that this vote will not go the way of the revisionists has prompted numerous responses. A number of revisionist bishops have written to their dioceses with the language of “living together with difference”, seeking to carve out the possibility of rejection of the Statement as “difference” rather than what it will clearly be – a direct repudiation of the catholicity of the church. The Vincentian Canon, that we ought pay particular attention to that which has been believed “everywhere, always and by all” is quickly rejected when it exposes the novelty of the new sexual ethic.

It is surely no coincidence, therefore, that the Sydney Morning Herald has published a series of articles attacking the orthodox position of the Diocese of Sydney on marriage. The first, published yesterday, “‘I am livid’: Anglican principals’ fury at edict against gay marriage” reports that some Anglican school principals are unhappy with a simple affirmation of orthodox doctrine across a range of basic theology, including marriage. Such requirements to agree with a statement of faith have become more and more common as the debate around religious freedom grows in Australia. The right of schools to employ staff who uphold their Christian convictions has become a battleground with activists singling out the topic of sexuality.

The story also prompted supporters of gay marriage within the church to propose a motion for next week’s National Synod, which said the rule was “unprecedented” in the history of the church and was a “marked departure from the practice of … individual freedom of conscience on moral matters”.

Attempts to somehow pressure the Diocese of Sydney to back away from such orthodox positions are very unlikely to succeed. Deep convictions are seldom swept away so quickly, least of all by some whipped-up protest.

So how will the key vote go at General Synod? The conservatives seem quietly confident that they have the numbers in both houses of laity and clergy and the revisionists appear to be functioning on the same basis. So it may very well come down to the Bishops themselves. Faced with a General Synod that affirms traditional orthodoxy, how many of them will also vote for it? If there is a positive vote for the Statements in all three houses will the institutions of the national church act accordingly? What will the Primate do?

The key debates are scheduled for Tuesday afternoon and Wednesday morning. I’ll be reporting as able here and on Twitter and Facebook.

And I’ll be praying. Here’s two prayers I’ll be using every morning:

God our Father, you judge your people with wisdom and rule us with love.

Give a spirit of understanding to the General Synod of our Church that it may make wise decisions that will give glory to you and be a blessing to your people.
Grant this through our lord Jesus Christ.

(PRAYER FOR A SYNOD, AAPB)

Gracious Father, we pray for your holy Catholic Church. Fill it with all truth, in all truth with all peace.