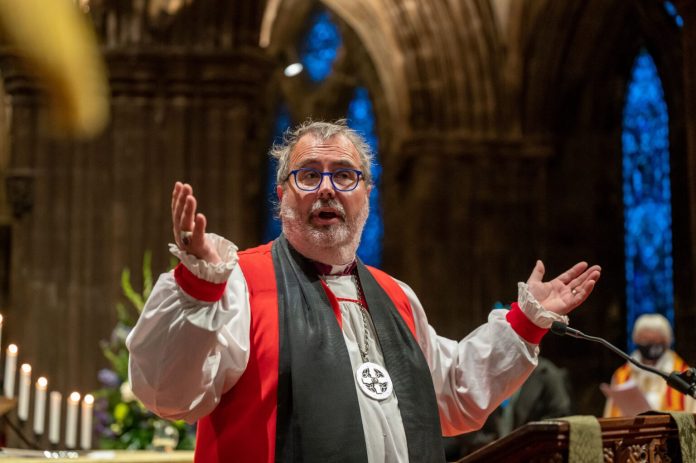 The recent Primates’ Meeting in London saw the leaders of Anglican Churches around the world call for “an immediate ceasefire and the withdrawal of Russian troops from Ukraine.”

The call was made by senior archbishops, bishops and moderators in a communiqué issued at the end of the meeting. Among them was the Most Rev Mark Strange, Bishop of Moray, Ross & Caithness and Primus of the Scottish Episcopal Church, who later indicated that he was encouraged by the discussions which took place at the meeting.

In their communiqué, the church leaders said that: “We were conscious that, as we gathered in London, many people in the world are in a time of turmoil. We are particularly aware of the humanitarian crisis and other catastrophic effects of Russia’s invasion of Ukraine. We call for an immediate ceasefire and the withdrawal of Russian troops from Ukraine.

“We know, from our experience in the different parts of the world we are from, that conflict causes lasting damage. The longer a war goes on, the longer it takes to heal shattered relationships and bring about reconciliation.”

In their communique, the primates also addressed other issues, including climate change, saying that they were “also aware of the worsening disaster of climate change and its effects on millions of people around the world – not least the thousands of people in Madagascar and Mozambique, where four cyclones in two months have resulted in thousands of people being made homeless, and infrastructures and crops destroyed.

“Environmental damage affects the most vulnerable people in the world, including indigenous peoples who are affected by the exploitation of forests and others natural resources. We urge an end to the destruction of the Amazon from mining and logging.”

At the conclusion of the meeting, Bishop Mark said: “After over two years of being unable to meet, it was a joy to catch up with Primates from across the Anglican Communion in London. Staying in Central London and being able to use the space at Lambeth Palace with fellow Primates was a valuable chance to rekindle relationships with in person time together.

“A particularly poignant moment for me was seeing the COVID remembrance wall, and being struck by the visual representation of the scale of our losses. We had the opportunity to share worship in Southwark Cathedral and Westminster Abbey, as well as spend time with people who, after five years, have truly become friends.

“I’m very pleased with the outcomes of the meeting as indicated in the communique, and would ask that you please pray for us all as we head towards the Lambeth Conference later this year.”