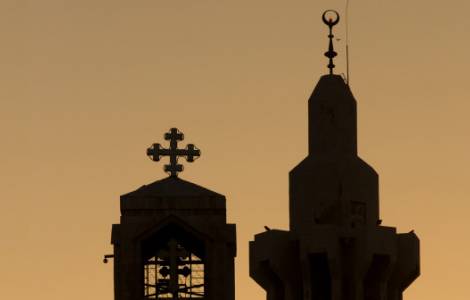 (Cairo) – The newly built cities must include the construction of a church in the urban project and in the regulatory plans, even if said place of Christian worship is attended and used by a small number of baptized people. This was reiterated by Egyptian President Abdel Fattah al Sisi, in a recent meeting with the members of the government responsible for the issues related to the massive urbanization plans implemented by the Egyptian political leadership.

“Where there is a mosque”, said the Egyptian President, summarizing the criteria that should inspire operational decisions on the ground – there must also be a church. And if the church to be built will be attended by even only 100 people, it must be built anyway. So no one will have to meet in an apartment and present that private house as a church”.

The new presidential pronouncement aroused positive comments from representatives of Churches and ecclesial communities present in Egypt. Among others, Andrea Zaki, President of the evangelical community in Egypt, pointed out that “the construction of places of worship during the era of President al Sisi has assumed national importance, and will not be forgotten in the history of modern Egypt”.

In the intense urban development program launched in Egypt, each new urban district built according to the guidelines established by the civil authorities will also have its own church, according to the master plan. The declared intent of the presidential provisions – as Egyptian political analysts already cited by Agenzia Fides pointed out is to guarantee all citizens, Muslims and Christians, the opportunity to take part in celebrations, rites and activities of one’s own faith community. The guidelines now promoted by the Egyptian political authorities are important in light of the many problems and disputes that have occurred in the past regarding the construction of new churches.

Until 2016, the construction of new Christian places of worship was still conditioned and, in fact, hampered by the so-called “10 rules” added in 1934 to the Ottoman legislation by the Ministry of the Interior, which, among other things, prohibited the construction of new churches near schools, canals, government buildings, railways, and residential areas.

In many cases, the strict application of these regulations had prevented the construction of churches in cities and towns inhabited by Christians, especially in rural areas of Upper Egypt. In the decades following the imposition of the “ten rules”, many churches and chapels were built all over Egypt spontaneously, without the necessary permits. Today these buildings, erected by local Christian communities without legal permits, are occasionally used as a pretext by rioters to foment sectarian violence.

The new law on places of worship, ratified by the Egyptian Parliament in August 2016, has made it possible to start a methodical process of “legalizing” Christian places of worship built in the past without the necessary permits. The ad hoc government committee met 20 times to give its authorization on each occasion to the legal regularization of churches and buildings that were previously considered totally or partially not authorized by law.

So far, 1,958 churches, ecclesiastical buildings and auxiliary services built in the past without the necessary permits have been “regularized” after verifying that they meet the standards established by the new law on the construction of places of worship.