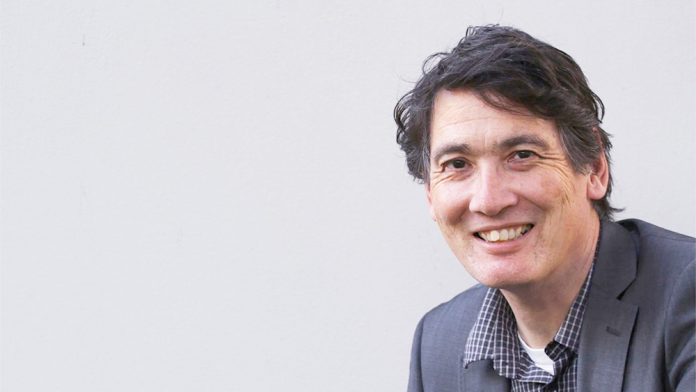 Founder and Editor-in-chief of Eternity, John Sandeman, has stepped out of the daily demands of a digital news service to become Eternity’s Writer at Large.

This will enable Sandeman to take on passion projects that he has never had opportunities to pursue.

Speaking at an internal staff Vision Day, Bible Society CEO, Grant Thomson, announcing John’s new position, thanked him for pioneering Eternity, getting it off the ground, leading it and giving the organisation something that can be handed onto the next generation and grow even bigger and better.

A long-time newsman, John began in journalism at Fairfax in Sydney, where he worked for almost three decades.

It took a regularly maxed-out American Express card, the strenuous ad salesmanship of co-founder David Maegraith, a mortgage and John’s super to establish and run a national Christian newspaper, Eternity, which he launched from his dining room table in September 2009.

Eternity is now predominantly a digital newspaper, pushing out news stories, opinions and feature pieces that reflect the broad evangelical Christian tradition both in Australia and internationally.

John firmly believes that Christianity and journalism work so well together.

“We don’t need PR, God doesn’t need PR, but telling the story of what he is doing is a fantastic privilege.”

John has given the last 13 years to Eternity, which no longer relies on credit cards or a mortgage. Instead, it is part of the mission of Bible Society and supporters are encouraged to financially support the paper to ensure it continues to serve the Australian Christian community.

Eternity will be seeking a new editor-in-chief, and this role will be advertised in the next few weeks. In the meantime, Penny Mulvey, former news journalist and current Chief Communications Officer for Bible Society, is stepping into the interim editor role, with no plans of ever attempting to fill John’s massive shoes!