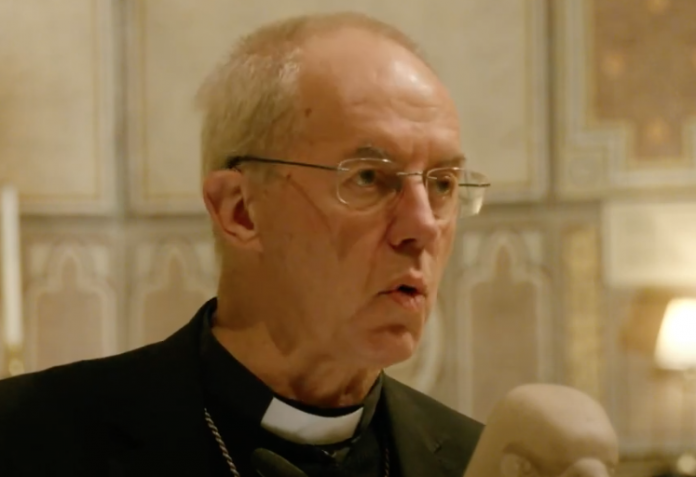 The Archbishop of Canterbury and Pope Francis may make a joint visit to Juba sometime “in the next few months” to encourage peace and reconciliation in war torn South Sudan.

“God willing, sometime in the next few months, perhaps year, we will go and see [government and rebel leaders] in Juba, not in Rome, and see what progress can be made,” the Most Rev. Justin Welby said on 6 February 2022.

In his address to the “Come and live on common ground” festival held at St Peter’s Cathedral in Belfast on 6 February 2022, Archbishop Welby departed from his prepared remarks to speak of his admiration of Pope Francis’s Christian witness display during their meeting in 2019 in Rome with the leaders of South Sudan’s warring factions.

Archbishop Welby recounted that after the pope’s homily to the South Sudanese leaders, Francis knelt and kissed the feet of the five government and rebel leaders, begging them to end the bloodshed.

“I could see tears running down their faces,” the archbishop said. “Tears were running down every face there, including the BBC cameraman.”

Returning to his prepared remarks, Archbishop Welby said: “Peace, and harmony, and reconciliation, sometimes seems totally unattainable – whether it’s a war, or a familial conflict, or even within yourself. You may have seen so many attempts at peace that you have given up hope it can ever happen. But we believe in the God who raised Jesus from the dead, and so death and evil is overcome and we are invited to live a resurrection life. We can believe in finding peace, in disagreeing well and seeking the abundant life and flourishing of all.”

He added: “We must do what the pope did and take risks and make sacrifices for peace.  For without risk and sacrifice there is only the illusion” that the absence of violence represents peace.

He then spoke of their as yet unconfirmed plans to make a joint trip to South Sudan. “And that is history as well,” he observed of the trip that will mark the first time the two Christianl leaders have traveled together in a peacekeeping mission..  Pope Francis and Archbishop Welby had sought to visit South Sudan in 2017, but the intensification of the conflict cancelled those plans.  In December 2021, Archbishop Paul Gallagher, Secretary for Relations with States within the Vatican’s Secretariat of State said there was strong support for the visit from the South Sudanese government in 2022.

View the archbishop’s remarks beginning at the 37:00 mark.