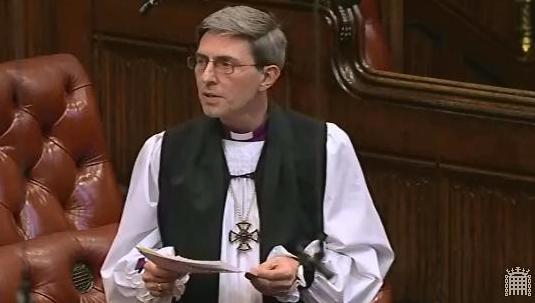 The departure, through ‘retirement’, of the Bishop of Winchester, is proving to be a dramatic, even traumatic, event in the life of the Diocese.  The Anglican Church has always proved well able to mark in a liturgical way a range of events, from the launching of a nuclear submarine to the start of a local hunting season. The recent final service of Bishop Tim Dakin in Winchester Cathedral proved to be a liturgical challenge for those working out how to commemorate a significant moment in the life of a Cathedral and Diocese.  Somehow, they were required to do at least two things.  There was first the need to note the end of a ten-year episcopal ministry, marked, by all accounts, by extreme stress and unhappiness for many.  At the same time the solemnity and dignity of the cathedral setting required that the commemoration was done in a way that did not offend or directly confront anyone with accusations of blame.

What exactly was being marked at evensong on Saturday January 29th when +Dakin laid his bishop’s crosier on the altar and, with high emotion, spoke the Covenant Prayer of John Wesley?  I am no longer mine but yours …..let me be employed for you or cast aside… The prayer is one about vocation and surrender for the service of others, including the possibility that the one using the prayer could be let go/dismissed when the need for their services comes to an end. This latter realisation must have been particularly hard for +Dakin to bear. His style of theology and administration had always breathed the supremely confident stance of the evangelical believer who claims to know the will of God at all times. This was proving now not to be true and, because of this loss of control, there was a strong sense of dissonance in his voice. The voice cracked and broke as +Dakin read the words and we wondered whether he could reach the end. The whole episode was a kind of drama and will be pondered by many for what it revealed about the Bishop’s inner state of mind. The form of this part of the service was probably brought together by +Dakin, assisted by the Cathedral Canon with responsibility for liturgy.  Alongside this final part of the service, we had listened to the sermon by the preacher, Professor Elisabeth Stuart. She skilfully managed to reveal what the service at its heart was about. It was the end of a season of darkness, now being banished by the light. +Tim was leaving us ….

Winchester is some 300+ miles from where I live, and so I have not had any access to direct sources of information about what people have been saying about the ministry of +Dakin over the past ten years.  I have to evaluate what has been going on from publicly available material.  This is, in one way, an advantage for me in my role as a commentator.  If I had been closer to the action, it would have been hard not to be drawn in to support the detractors or supporters of the Bishop.  As with the Wymondham situation, I try very hard to see the problems in an institution from both sides.  Here it has, however, proved extremely difficult to find a coherent narrative on which build a convincing defence of the Bishop.  The videos of him provided by Youtube give us a strong sense of his rhetorical/theological style.  As someone who is sensitised to the use of power in church settings, I found the public speaking demonstrations by the Bishop uncomfortable to watch.  There was never, to judge from his style of speaking, any obvious space for any kind of dialogue with another theological position.  Rather, the theological vision of +Dakin, particularly as revealed by his on-line performances, felt like a tank driving relentlessly forward, flattening anything or anyone who did not agree.  When I learned that Dakin’s vision was that mission should dominate everything undertaken by the diocese, including ministerial training, it set off a shudder inside me.  I felt a pang of sympathy for all those individuals in the Diocese brought up to worship in the pastorally aware version of Anglicanism that I and many others still value.  A similar feeling happened inside me when I first learned about a small cluster of parishes in the Anglican Sydney diocese in Australia.  I believe they are called surplice parishes because they retain some traditional marks of Anglicanism in a sea of parishes overseen by Moore College conservatively trained clergy.  All these conservative parishes practise their fundamentalist/complementarian outlook with scant interest for the wider traditions of Anglicanism.  One hopes the small cohort of traditionally run Anglican parishes will survive, in spite of successive Archbishops of Sydney insisting that only Moore College alumni can be appointed to serve the parishes of the diocese.  Was +Dakin on the way to doing something similar in the Winchester diocese?

One single inconvertible fact about +Dakin’s time as Bishop is that there are currently quite a number of wounded survivors of an abrasive episcopal pastoral ministry.  I have no access to actual names or situations, but there seems to be a consensus on this point among all those who comment on the Winchester situation.  Cases of bullying, wherever they occur, have a contagious effect.  One person’s bullying can cause a collapse of morale in a family, a parish or an entire deanery.  The would-be complainants at the Winchester Diocesan Synod last June, knew from their personal acquaintance, some of these traumatised individuals in the diocese.  The individual cases of the traumatised were not only those directly affected by the bully’s actions, but others who knew about them.  If we leave to one side all the other financial and administrative issues which seem to have played a part in the complaints against the Bishop, we still have this issue of damage and hurt.  How does one deal with such things?  In the Winchester situation, the moment for reconciliation between perpetrator and victims seems to have long passed.  The climax of the service, combining the powerful words of Wesley and the obvious distress of the reader were indeed moving to the hearer.   What was really going on for +Dakin?  Were we listening to words that convey his deep regret for actions that have caused so much hurt?  Quite possibly this liturgical moment in front of the high altar of Winchester was indeed an attempt at such contrition.  It may of course have been equally an attempt to use high emotion to win over, even now, members of the Diocese that had been increasingly alienated from his ministry over the years.  Another possibility is that the tears were of incomprehension and personal pain. Were the tears, in short, uttered for him or for the many he has wounded by his harmful ministry? The drama of the farewell may have been a combination and confusion of all three.  Each reader is invited, after watching the event, to make their own assessment of what was really going on at this point in the service.  There are unlikely to be any correct answers.

Looking at the whole episode that unfolded in Winchester last Saturday I am left to wonder whether anything can be lifted from the events of last Saturday and applied to the whole Church. In thinking about the tears shed by the Bishop, I am reminded of the sometimes intense emotional ambiance of reconciliation work undertaken by the Bridge Builders organisation. The Winchester event may have lacked many of the necessary ingredients that would achieve a successful reconciliation for those who have been abused sexually or spiritually. There were, however, some elements which might well play a part in such a liturgical/reconciliation process. Whatever the origin of the cracking voice and the tears that could not be held back, they do form part of a potential, as yet unwritten, future liturgy of remorse and contrition which might bring together those guilty of neglect and abuse and the abused.  The early Christian fathers knew about the part of tears in the expression of remorse for sin.  Somehow +Dakin’s action in front of the altar may, in fact, be his unwitting offering to the Church.  He may be remembered, not for his numerous mission initiatives, but for this simple act of breaking down before the altar of his cathedral.  In this act he may have been pointing us paradoxically to something that the whole Church desperately needs to discover and make its own.