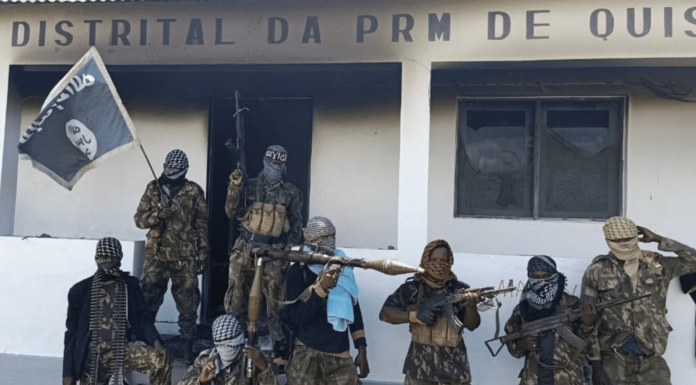 During the first half of January 2022, the Islamic State (ISIS) continued its attacks against Christian villages in the Cabo Delgado Province of northern Mozambique, mostly in the Macomia and Mueda districts. In an emerging pattern, the attacks are often followed by the torching of houses and property in the villages.

On January 14, ISIS attacked the Christian village of Pitolha (Kitolia) in the Meluco area, and set fire to about 20 homes. In this case as well, the residents fled.[3]

On January 18, a pro-ISIS Telegram channel reported on an ISIS operation in Limwalamwala Village in Nangade District in Cabo Delgado, in which at least five people were killed and more than 200 houses were torched, and an operation in Nkóe Village in the Macomia region, in which several homes were also burned down.[4]

In recent months, ISIS in Central and Western Africa has increased its attacks against Christians.[5] Furthermore, Issue 321 of the ISIS Al-Naba’ weekly newsletter highlighted ISIS operations against Christians. According to an infographic[6] in the magazine titled, “Christians Bleeding,” between December 20, 2021 and January 10, 2022, the organization carried out 24 operations in Central Africa and East Asia in which 71 Christians were killed or injured, including civilians and army or security personnel.

On January 19, the pro-ISIS Hadm Al-Aswar media released[7] a poster titled, “Today We Shall Pursue You and Terrorize You.” The poster vows to expand the jihad and the group’s activity against Christians in Central Africa.