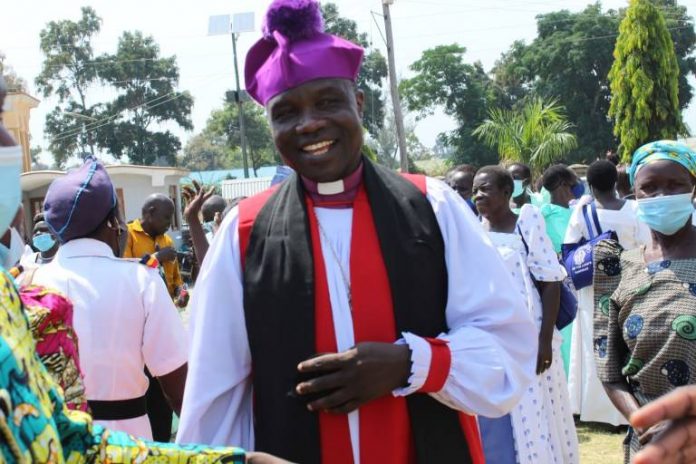 The Church of Uganda reports that its primate, the Most Rev. Stephen Kaziimba, has left for Kinshasa to participate in the installation of the Rt. Rev. Titre Ande as primate of the Province de L’Eglise Anglicane du Congo and Archbishop of Kinshasa.. He was elected at the province’s General Synod in July 2021 in succession to the Most Rev. Zacharie Masimango Katanda. Dr  Ande has been the Bishop of Aru for the past 15 years and will be translated to Kinshasa upon his installation. He earned a doctorate from Birmingham University and was principal of the provincial theological college. Following his election last year, Dr. Andre asked the Anglican Communion to pray for the Congo, which has witnessed political instability, poverty and violence for a generation. Archbishop-elect Ande is a supporter of the GAFCON movement and is expected to maintain his province’s position on the current issues facing the Communion.

The Archbishop of Church of The Most Rev Dr Stephen Samuel Kaziimba has today arrived in Kinshasa, DRC ahead of the installation of Dr. Titre Ande as the next Primate and Archbishop of the Anglican Province of Congo on Sunday 23rd January 2022.

Dr. Titre is currently the Bishop of Aru Diocese where he will continue serving as the Bishop after his installation as Archbishop.

In a tweet this afternoon, Archbishop Kaziimba described Dr. Titre as a neighbor and good friend and commended Congo for their partnership with Uganda.

“He is our neighbor and friend. The Anglican Province of Congo has been a part of Gafcon and is a strong partner with Church of Uganda in mission and evangelism.” He said.

The Archbishop is accompanied by his Chaplain the Rev. Johnson Kansiime.