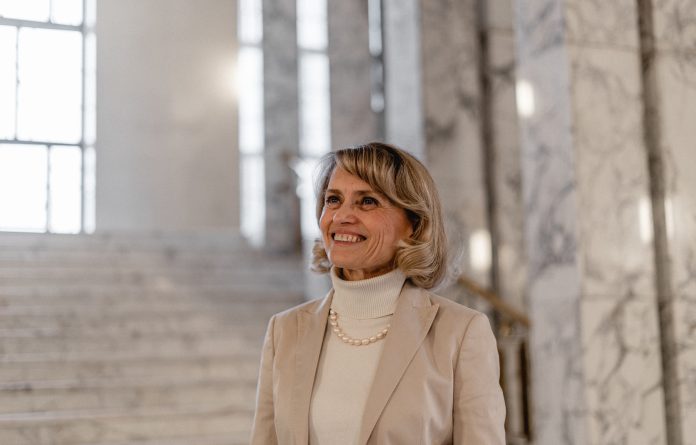 LONDON – UK MPs have filed a motion to parliament, heralding concerns about the prosecution of Finnish MP Päivi Räsänen who shared her deeply-held beliefs in a Tweet accompanied by Bible verses.

The former Minister of the Interior is being accused of engaging in “hate speech” for publicly voicing her deeply held beliefs on marriage and sexual ethics. Finland’s Prosecutor General has brought three criminal charges against Räsänen over the contents of a pamphlet Räsänen wrote on these topics in 2004, for engaging in a debate on a 2019 radio show and for a tweet containing a picture of Bible verses Räsänen directed at her church leadership. Bishop Juhana Pohjola faces trial alongside her for publishing a pamphlet for his congregation that Räsänen wrote on the topic over 17 years ago.

Räsänen is officially being prosecuted for the crime of “ethnic agitation”, under the section of “war crimes and crimes against humanity” in the Finnish criminal code.

“I will continue to stand for what I believe and what I have written. And I will speak and write about these things, because they are a matter of conviction, not only an opinion. I trust that we still live in a democracy, and we have our constitution and international agreements that guarantee our freedom of speech and religion,” said MP Päivi Räsänen, former Minister of the Interior and grandmother facing trial for a tweet.

An Early Day Motion was signed by Gregory Campbell MP, Paul Girvan MP and Jim Shannon MP, highlighting the controversial prosecution and raising concerns about “the potential implications of that case for other countries”.

Räsänen’s case may ultimately be decided by the European Court and its rulings must be followed within the UK legal system.

The motion acknowledges Räsänen’s resolute faith and warns that self-censorship leads to a narrowing space for free speech. The full text reads:

“That this House notes that a Member of the Finnish Parliament, Paivi Rasanen, has been the subject of a two-year pre-trial investigation in response to charges brought by the Prosecutor General of Finland relating to her publicly expressed views on traditional marriage resulting in a court case due to commence on 24 January 2022; is concerned at the potential implications of that case for other countries; further notes the range of non-Christian groups and individuals who have criticised the decision to prosecute; and acknowledges Ms Rasanen’s quoted and reported comments before the court case that she will not back down from her views and will not be intimidated into hiding her faith, and the more Christians keep silent on controversial themes, the narrower the space for freedom of speech gets.”

Five days from her criminal trial, Räsänen has affirmed her commitment to speaking up for freedom of expression:

“Now it is time to speak. Because the more we are silent, the narrower the space for freedom of speech and religion grows. If I’m convicted, I think that the worst consequence would not be the fine against me, or even the prison sentence, it would be the censorship,” says Päivi Räsänen ahead of the trial.

Police investigations against Räsänen started in June 2019. As an active member of the Finnish Lutheran church, she had addressed the leadership of her church on Twitter and questioned its official sponsorship of the LGBT event ‘Pride 2019’, accompanied by an image of Bible verses from the New Testament book of Romans. Following this tweet, further investigations against Räsänen were launched, going back to a church pamphlet Räsänen wrote almost 20 years ago. In the last two years, Räsänen has attended several lengthy police interrogations about her Christian beliefs – including being frequently asked by the police to explain her understanding of the Bible.

Two of the three charges Räsänen faces come after the police made strong recommendations not to continue the prosecution. Räsänen’s statements also did not violate the policies of Twitter or the national broadcaster, which is why they are still freely available on their platforms. As her trial date approaches, ADF International continues to support Räsänen’s defence and the right for everyone to freely share their beliefs.

Counting on the court

“In a free society, everyone should be allowed to share their beliefs without fear of censorship. This is the foundation of every free and democratic society. Criminalizing speech through so-called ‘hate-speech’ laws shuts down important public debates and poses a grave threat to our democracies. These sorts of cases create a culture of fear and censorship and are becoming all too common throughout Europe. We hope and trust the Helsinki District Court will uphold the fundamental right to freedom of speech and acquit Päivi Räsänen of these outrageous charges,” said Paul Coleman, Executive Director of ADF International and author of ‘Censored: How European Hate Speech Laws are Threatening Freedom of Speech’.

Räsänen has served as a Finnish Member of Parliament since 1995, was chair of the Christian Democrats from 2004-2015, and from 2011-2015 she was the Minister of the Interior, during which she held responsibility for church affairs in Finland.