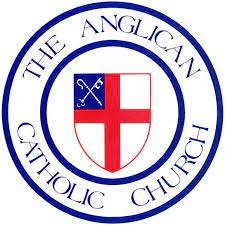 I should like to consider the Orders and jurisdiction of the Anglican Catholic  Church (ACC). I shall do so by examining the legitimacy of the Chambers Succession on which  the ACC’s claims to valid orders and legitimate jurisdiction are founded.

(1) At the Denver Consecrations of 1978, there were only two consecrators: Albert Chambers  and Francisco de Jesus Pagtakhan. While the Roman Church may, in exceptional circumstances,  have permitted a bishop to be consecrated by fewer than three consecrators, there is no precedent  for this in the post-Reformation Church of England: the Churches of the Chambers succession  cannot legitimately claim in the Affirmation of St. Louis to be “continu[ing] in the Catholic  Faith, Apostolic Order, Orthodox Worship and Evangelical Witness of the traditional Anglican  Church” and cannot legitimate that claim “we continue to be what we are,” and “we do nothing  new,” when the Chambers succession is founded upon a grievous departure from the norm  established for many centuries that the licit consecration of a new bishop requires three bishops.  It is uncertain whether the letter of consent from Pae supplies this defect.

(4) In the article, “The Chambers Succession,” on the ACC website, the author attempts to  circumvent the problems outlined in (3) by claiming that neither Bishop Mark Pae nor Bishop  Charles Boynton withdrew their consent from the Denver consecrations. Now we have a  situation where the two actual consecrators implicitly withheld recognition of apostolic  jurisdiction from the Churches of the Chambers Succession, and where the apostolic jurisdiction  of these Churches now rests solely upon the two bishops who provided letters of consent. It is  impossible for the present writer to discern how this situation can be described as anything other  than “radically irregular.”

(6) On account of points (1) to (5), it is virtually impossible to affirm that the Churches of the  Chambers Succession possess legitimate jurisdiction. Neither the two consecrators nor the two  consecrators-by-consent remained in communion with the bishops consecrated at the Denver  consecrations in 1978. All four of these bishops could theoretically have communicated  jurisdiction to the bishops of the Churches of the Chambers Succession. But none of them did  so, since none of them submitted to the jurisdiction of the bishops whom they had consecrated or  to whose consecration they had consented. On the contrary, all four of them remained in  communion with bishops whose jurisdiction the Affirmation of St. Louis explicitly denies. It is  unfathomable that a bishop should consecrate bishops with whom he does not intend to be in  communion, but by their subsequent actions, Chambers, Pagtakhan, Pae, and Boynton did just  that: since they did not remain in communion with the bishops whom they consecrated or to  whose consecration they consented, they cannot be considered to have affirmed the jurisdiction  of these bishops. They certainly cannot be considered to have affirmed the exclusive jurisdiction that the Churches of the Chambers Succession claim (see “On Continuing Anglicanism,” and the  10th Provincial Synod of the ACC, 1993).

(7) In a post dated July 20th, 2007, Fr. Matthew Kirby, (former?) member of the G4 Doctrine  Commission writes: “Apostolic Succession is succession of jurisdiction, not just orders.” We  agree, but we do not agree with his claim that the ACC possesses legitimate jurisdiction. The

(8) In the reports on ACA/APA Orders and DHC Orders, the ACC Committee on Validation of  Orders states that, “the term ‘validity’ is treated as a technical term, so that when a particular  clergyman’s Holy Orders are pronounced by us to be ‘valid,’ that means simply that the  authorities of our Church are able to warrant to our people that to a moral certainty the man in  question stands in the legitimate Apostolic Succession.” In light of (7), in which Fr. Kirby, in  continuity with the ACC’s position, states that “Apostolic Succession is succession of  jurisdiction, not just orders,” it is impossible for us to pronounce ACC Orders as “valid,” since,  on the basis of their own definition of validity, this would require us to affirm that the ACC “stands in the legitimate Apostolic Succession,” when this is patently not the case on the basis of  the Chambers succession.

(9) In “On Continuing Anglicanism,” the ACC states that the Orders of post-1976 PECUSA  clergy and, by extension, ACNA clergy are “canonically invalid” on account of the androgynous  character of the ordained ministry of the Protestant Episcopal Church. Here, however, we must  state that the Orders of the Churches of the Chambers Succession are “canonically invalid” on  account of their defective Apostolic Succession. To quote Fr. Kirby again, “Apostolic  Succession is succession of jurisdiction, not just orders.” In its report on Diocese of the Holy  Cross (DHC) Orders, the ACC Committee on Validation of Orders states that the DHC “can in  no sense be accused of being one of those vagantes bodies in which Holy Order is treated not as  Christ’s gift to His Church but as a species of personal magic possessed by a ‘bishop’ who has  claims to tactile succession but no visible apostolic jurisdiction or mission.” While we appreciate the ACC’s affirmation that the DHC is not a vagans Church, it is regrettable that, in  light of the foregoing evidence, we might enquire whether the ACC possesses a vagans character  since their bishops have “claims to tactile succession but no visible apostolic jurisdiction or  mission.”

(10) Pursuant to (9), even if we do not have any doubt about the competence of the ACC bishops  to transmit orders, these bishops have no competence to transmit jurisdiction. This raises certain  problems in light of the ACC’s definition on validity. However, our definition of validity should  certainly be more charitable than the definition presented in the reports of the ACC Committee

on Validation of Orders: we should recognize as sacramentally valid all those orders conferred  by a man in episcopal orders who uses a valid rite of ordination (in this case, the 1928 Book of  Common Prayer rite of ordination).

(11) In its Report on American Episcopal Church (AEC) Orders, the ACC Department for  Ecumenical Relations affirms the precedent that clerics who hold a claim to tactile succession  but not to jurisdiction (e.g. episcopi vagantes) should be prohibited from the exercise of any  orders received upon their reconciliation to the Church. We should certainly be more clement  towards the ACC than the ACC Department for Ecumenical Relations would be…

(13) While not without its own infelicities, the Diocese of the Holy Cross possesses a much  stronger claim to legitimate jurisdiction than the Anglican Catholic Church. The Diocese of the  Holy Cross was formed by Bishop A. Donald Davies, a retired Episcopal Bishop, who publicly  broke communion with the Protestant Episcopal Church over its liberalizing tendencies, forming  the Episcopal Missionary Church. Davies consecrated Patrick Murphy and Robert Waggener to  the episcopate for the Episcopal Missionary Church. Davies was assisted by two co consecrators, Kennaugh and Clark, Anglican Rite Jurisdiction of the Americas (ARJA) bishops who had been consecrated in Philippine Independent Church (PIC) succession. Since there were  three consecrators present at the consecrations of Murphy and Waggener, these consecrations do  not possess the defect of the Denver consecrations and so can be accredited as canonically regular. In addition, since Davies consecrated Murphy and Waggener in the context of a  jurisdiction he had founded as an act of rejection of the claimed jurisdiction of the Protestant  Episcopal Church, and since he remained in communion with Murphy and Waggener after he  had consecrated them, Davies was clearly claiming legitimate jurisdiction and was clearly  transmitting this legitimate jurisdiction to those whom he consecrated. Murphy and Waggener,  along with others, subsequently joined the APCK, thereby conferring jurisdiction upon the  APCK, and they transmitted this jurisdiction to Bishop Paul Hewett when, after leaving the  APCK over the question of divorced and remarried bishops, they revived the corporation of the  Diocese of the Holy Cross, served along with LaCour of the APCK as Hewett’s co-consecrators  along with A. Donald Davies, and, most importantly, remained in communion with Hewett after  they had consecrated him.

(15) Now that it has been established that it is more probable that Bishop Paul Hewett of the  Diocese of the Holy Cross possesses jurisdiction, it is possible that this may resolve the issue of  the ACC’s defect of jurisdiction. As reluctant as the present writer is to concede this, by entering  into full communion with the ACC, and by joining the ACC and making himself a canonical  subject of Mark Haverland, one might plausibly argue that Bishop Paul Hewett has implicitly  recognized the jurisdiction of Mark Haverland and has thereby remedied the defect of  jurisdiction that the ACC possesses. Accordingly, the ACC may, on final analysis, be deemed to  possess legitimate jurisdiction. However, any legitimate succession the ACC possesses is founded not on the basis of its Chambers Succession but on the basis of the gracious actions of  the Bishop of the Diocese of the Holy Cross. Let us, therefore, give thanks to Almighty God for  the one true holy catholic and apostolic Diocese of the Holy Cross, whereby the legitimate  Apostolic Succession of Orders and Jurisdiction has been maintained. And let us unite around its  bishop, Paul C. Hewett, legitimate successor of the apostles, and legitimate patriarch of the  1976 exodus.

Postscript: the Deerfield Beach consecrations cannot reliably be deemed to have transmitted  legitimate jurisdiction, since these consecrations were intended only to transmit legitimate orders  to bishops who were to serve in a united Anglican province that never materialized. In addition,  Mercer’s continued membership of the Community of the Resurrection, which is part of the  Church of England, indicates his ambivalent attitude towards apostolic jurisdiction, and his  continued membership of the Community of the Resurrection after his reception into the Roman  Catholic Church indicates his ambivalent attitude towards apostolic orders. Furthermore, there is  no evidence that Mize broke communion with the Protestant Episcopal Church: indeed, Mize  signed statements in 1996 and 1998 identifying himself as a bishop of the Episcopal Church. We have already  discussed the case of the third consecrator, Boynton.