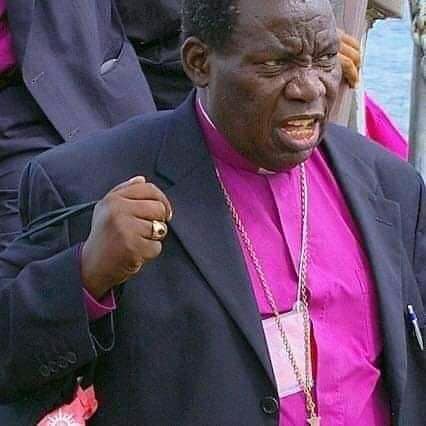 A statement on Facebook from the Anglican Church of the Congo following the death on December 30, 2021 of the former Archbishop of the Congo.

Mgr Dirokpa Balufuga Fidele is the emeritus Archbishop of the Ecclesiastic Province of the Anglican Church of Congo. He is the former Bishop of the diocese of Bukavu (1982 – 2006) and the 1st Bishop of the Diocese of Kinshasa (2003 – 2009).

Before becoming a priest in 1980, he served in different departments of the Public Service of the Congolese Government, occupying several positions, until he reached the rank of director. He was National Deputy of the 2nd Legislature of the 2nd Republic (1975). He had also participated in the Congress of the Popular Movement of the Revolution (MPR) in Nsele in 1990, starting multipartism in Zaire; and was a member of the Sovereign National Conference (CNS) held in Kinshasa from 1991 to 1992.

After Bachelor’s Degree in Theology (B. A in Theology and Pastoral Studies) at Oak Hill Theological College, Middlesex University, London in 1995, Mgr Dirokpa graduated PhD in Theology (Ph.D. ), at the Laval University of Quebec-City/Canada (2001).

He also graduated from the National School of Services du Treasury of Paris/France (1964) and graduated in French – History of the Higher Institute of Pedagogique de Kisangani (1972).

The writing of ‘History of the Anglican Church of Congo’, emanates the author’s deep desire to give the church a work capable of reaching the general public.

This book is not only a story of the events that led to the implantation of the Anglican Church in Congo, but also a source of knowledge about where those interested in Anglicanism will come.

Apart from its documentary value, it retraces the perversions of the Anglican Church of Congo from its origin nowadays. It deserves to be read, and is a must-have tool for researchers as anyone who would like to enrich their knowledge.