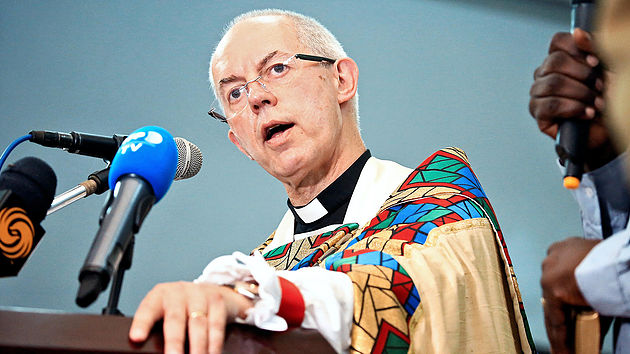 Church of England head Justin Welby has issued a grave warning about the future of Christians living in the Holy Land, in an article published on December 19 in the Sunday Times.

The piece, which was jointly authored with Palestinian Anglican Bishop Hosam Naoum, was penned in response to a statement earlier this month from church leaders in Jerusalem, who warned the actions of radical groups are “diminishing the Christian presence” in the area. Such acts, they contend, have included the desecration of churches, as well as physical and verbal attacks on priests, monks and worshipers.

Offering some stark statistics to illustrate their point, Welby and Naoum state:

They concede in the following paragraph, however, that the Christian population in Israel proper has actually grown.

Who, then, are these vague “radical groups” and from where exactly are Christians being driven out?

Unlike Archbishop Welby and Bishop Naoum, global Christian charity Open Doors did not mince words when it attributed the steep decline of Christians to “Islamic oppression,” explaining “Islamic extremist militants” in the Palestinian Authority-administered West Bank were causing Christians to fear violent attacks.

A 2019 report by Edy Cohen of the Begin-Sadat Center for Strategic Studies went into even more detail.

Citing three incidents that encapsulate the persecution of Palestinian Christians, Cohen noted that the cases had received precious little attention because they are “not connected to Israel.”

One such episode on April 25, 2019, involved Christian residents of Jifna, near Ramallah, who begged the PA for protection after Muslim gunmen stormed their village in response to a woman living there having complained to police that the son of a Fatah-affiliated leader had attacked her family.

Rather than protecting an innocent civilian, police turned a blind eye as armed rioters connected to Fatah, the political party that controls the Palestinian Authority, lobbed petrol bombs at homes and fired live rounds into the air. Witnesses later reported that the men had demanded the village’s residents pay a “jizya” — a tax historically levied on non-Muslim minorities living under Islamic rule.

n the other two incidents, vandals broke into churches in Bethlehem and Ramallah and desecrated the religious sites.

Cohen points out that cases like these are likely just the tip of the iceberg, as many Christians avoid speaking out about persecution over fears that they will be targeted for retribution and the “Muslim aggression against them will only escalate.”

The Plight of Christians in the Gaza Strip

The steep decline of the Christian population has been equally dramatic in Gaza.

In 2005, when Israel unilaterally withdrew from the territory, dismantling 21 Israeli settlements and evacuating some 9,000 Jewish residents in the process, there were approximately 5,000 Christians living in the coastal enclave.

Yet this is how Welby and Naoum summarize the reasons for Christians fleeing Palestinian lands in droves:

Christians in Israel enjoy democratic and religious freedoms that are a beacon in the region. But the escalation of physical and verbal abuse of Christian clergy, and the vandalism of holy sites by fringe radical groups, are a concerted attempt to intimidate and drive them away. Meanwhile, the growth of settler communities and travel restrictions brought about by the West Bank separation wall have deepened the isolation of Christian villages and curtailed economic and social possibilities.”

It is striking that in the entire article, the Palestinian Authority and Hamas are not mentioned once, with attacks on Christians instead attributed to these mysterious “fringe radical groups.”