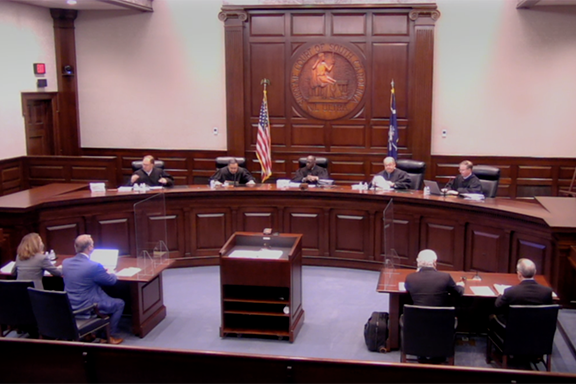 Columbia, S.C. (December 8, 2021)  – Today the South Carolina Supreme Court heard the appeal of Judge Edgar W. Dickson’s interpretation of the high court’s 2017 ruling. On June 19, 2020, South Carolina Circuit Court Judge Edgar W. Dickson granted the motion by the Plaintiffs (The Anglican Diocese of S.C. and Parishes) for clarification and other relief related to the August 2017 ruling of the South Carolina Supreme Court. That ruling had the rare character of consisting of five separate opinions (the “Collective Opinions”). Judge Dickson’s clarification determined that the disassociated parishes and The Anglican Diocese of South Carolina are, “affirmed as the title owners in fee simple absolute of their respective parish real properties.”

The Episcopal Church’s (TEC) arguments at that time that the Dennis Canon alone, or the Canon in conjunction with various pledges of allegiance and the like were sufficient to create a trust under South Carolina law were rejected. Judge Dickson’s ruling clarified the Collective Opinions, explaining that, “the Dennis Canon by itself does not create a legally cognizable trust, nor does it transfer title to property.”  This affirmed that those congregations that followed state non-profit guidelines for their disassociation from TEC retained all their real and personal property.

TEC appealed this interpretation of the Courts 2017 collective opinions in July 2020, not on the basis of Judge Dickson’s legal arguments, but only on the assertion that he had no authority to provide any interpretation. Their argument is that his only possible role was to simply enforce what they assert the Court had ruled.

In today’s hearing, the justices were very active in their questioning.  The time allotted to both sides legal counsel was exceeded because of the extensive questioning.

The full proceedings of today’s hearing is now available on the Court’s website.

The Anglican Diocese of South Carolina and its parishes remain prayerfully hopeful of their legal position as the owners of their individual real, personal and intellectual property.  It is expected that the South Carolina Supreme Court will not announce its ruling on the current appeal until sometime in 2022.