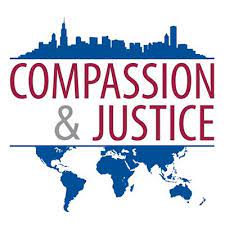 This isn’t the first time orthodox Christianity has faced this challenge. The Social Gospel was a movement within Protestantism in the late 19th and early 20th century that was concerned with issues of social justice such as economic inequality, poverty, alcoholism, crime, racial tensions, slums, unclean environment, child labor, poor schools, and the dangers of war.

Theologically, advocates of the Social Gospel claimed they were putting into practice words of the Lord’s Prayer : “Thy kingdom come, Thy will be done on earth as it is in heaven” (Matthew 6:10). They typically were postmillennialists in their eschatological views; that is, they believed the Second Coming could not happen until humankind had rid itself of social evils by human effort.

The Social Gospel was more popular among clergy than laity. Its leaders were predominantly associated with the liberal wing of the progressive movement in politics, and most were theologically liberal, although a few were also conservative on some issues. Important leaders included Richard T. Ely, Josiah Strong, Washington Gladden, and Walter Rauschenbusch.

In 1907, Rauschenbusch published the book Christianity and the Social Crisiswhich would influence the actions of advocates of the social gospel. His work is considered by many scholars to be “the finest distillation of social gospel thought” in that period. Rauschenbusch railed against what he regarded as the selfishness of capitalism and promoted instead a form of Christian socialism.

In another book, A Theology for the Social Gospel (1917), Rauschenbusch states that the individualistic gospel has made sinfulness of the individual clear, but it has not shed light on institutionalized sinfulness; “It has not evoked faith in the will and power of God to redeem the institutions of human society from their inherited guilt of oppression and extortion.” This ideology would be inherited by liberation theologians later in the 20th century and by the Social Justice movement in the 21st century.

“Institutionalized sinfulness”? “Inherited guilt of oppression”? If those terms sound familiar, it is because we have been down this road before.

By the 1920’s, the liberalism of the Social Gospel movement sparked a return to fundamentals among orthodox Christians and also resulted in the rise of Neo-Orthodoxy as seen in the work of Karl Barth.

The challenge that orthodox Christianity faces this time is complicated by the fact that leading evangelical institutions that were bastions of orthodoxy as recently as 20 or 30 years ago have been compromised, with the result that the younger graduates of those institutions are incapable of distinguishing “woke” values from Christian values. Believers in both sets of values state that their aim is compassion, but orthodox Christians and contemporary Social Justice advocates have radically different understandings of the basis of their compassion and the means of accomplishing it.

Just as conservative evangelicals and those in Reformed traditions, traditionalist high-churchmen and Anglo-Catholics, and even Neo-Orthodox theologians in their own way presented an effective resistance to the challenge of the Social Gospel in the early 20th century and Liberation Theology in the late 20th century, so orthodox Christians in the 21st century must present a biblical and authentically Christian vision of compassion, and resist the incursion of a secular progressivism that resembles Christian compassion in the same way as the tares resemble the wheat (Matthew 13:24-30), that would replace democratic institutions with socialist ones, and that owes its inspiration more to Karl Marx’ Critical Theory than to the Gospel of Jesus Christ.

The task of clergy and theologians must be to educate the laity to the danger. The future of Christianity, all of Western Civilization, and the ability to spread an authentic Gospel beyond Western Civilization hang in the balance. The current persecution of Christians by the Chinese Communist Party (mass imprisonments and the wholesale destruction of church buildings) and the increasing marginalization and persecution of Christians in the West demonstrate the ultimate incompatibility of secular progressivism and Christianity.

The challenge ahead of us and the task faced by orthodox Christians is enormous. We cannot do it without the power of the Holy Spirit to convert hearts and minds. And so we must pray that the world will be pulled back from the many ways in which it has wandered from God. And we must ask that truly faithful Christians be united in restoring much that has been lost and in advancing the Gospel, not for our sake, but for the sake of Jesus Christ, who died and rose again for the salvation of the world.

To him be all honor and glory!