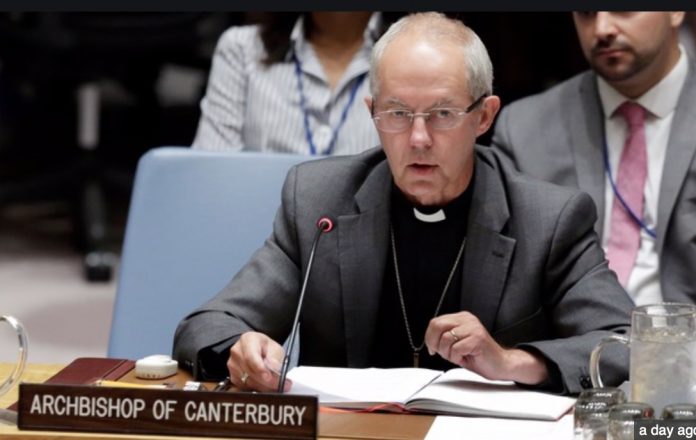 “In response to the point made by the chair of the Business Committee, I wanted to make a couple of comments about the situation in our relations with the Anglican Church in Ghana. As I said in my first statement on the matter – which still stands – homophobia, including the criminalisation of LGBTQ+ people is always wrong in any context. Lambeth 1.10 1998 makes this very clear, as do various communiques by the Primates since then. Additionally, and importantly in this matter, while not condoning same-sex marriage, the Anglican Church in Ghana does not condone the criminalisation of the LGBTQ+ community.

“I continue to pray for and seek to support all those who struggle and suffer in the LGBTQ+ community and all those who suffer also from the ongoing effects of colonialism and imbalances of global power. As with many of the differences and divisions within the Anglican Communion, as Archbishop and as one of the Instruments of Communion and what is called a ‘focus of unity’, I carry on numerous discussions in private which if made public would be rendered useless or even harmful.

“Please join me in praying for the bishops of the Anglican Church in Ghana as they seek to bring the light and life of Christ to decision-making processes in their own country, and to influence their government in defending the most vulnerable in their society.”