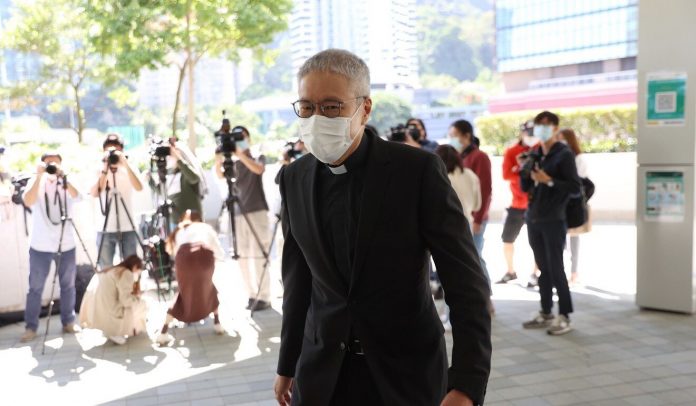 The provincial secretary of the Hong Kong Sheng Kung Hui (Anglican Church in Hong Kong) the Rev. Canon Peter Koon Ho-ming, is standing for election to the Legislative Council of Hong Kong as an independent candidate. If elected, Canon Koon will be the first cleric to be seated in the city’s unicameral legislature since the handover to China in 1997.

In the wake of the 2019-2020 Hong Kong protests China overturned Hong Kong’s self-governing status when it enacted the Hong Kong National Security Law. Following the 2016 elections the council had been closely divided between pro-Peking and pro-Democracy parties in the 70-seat legislature. However, under the new law the national government removed opposition councilors, imprisoning many for sedition.

Elections for the 7th Legislative Council set for 2020 were postponed by Chief Executive Carrie Lam, who used her powers under the Emergency Regulations Ordinance to push elections back by one year due to the COVID-19 pandemic.  In May 2021, China overhauled Hong Kong’s electoral system, increasing the number of seats from 70 to 90, but permitting only 20 seats to be filled by direct election.

A pro-Peking Election Committee was given the power to appoint 40 members to the council and to vet other candidates who were contesting seats through party-list proportional representation. Hong Kong’s pro-Democracy parties have said they will boycott the December elections, leaving only pro-Peking and independent candidates vetted by the Election Committee on the ballot.

The South China Morning Post asked Canon Koon how he planned to handle any possible conflict between the central government and the Church. “Communication is the most important thing,” he said. “I have a responsibility to safeguard religious rights.”

Hong Kong’s Anglican leaders have not been strangers to the city’s political conflicts. In 2014 the opposition political website EJINSIGHT.com denounced Archbishop Paul Kwong’s support of the Peking government. They claimed his appointment to the Chinese People’s Political Consultative Conference made the “church a subject of the Communist Party’s rule. In fact, the appointment implies that the Anglican Church is no longer an independent Christian church but a part of the Communist Party,” and part of the “pro-Beijing camp”.