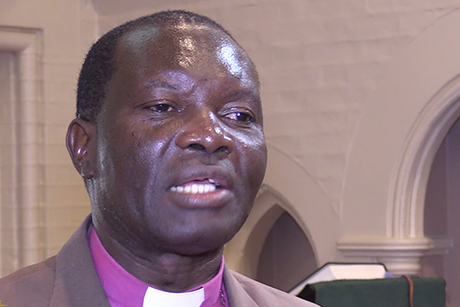 Message from the Primate on Independence Day 9 July 2021

May the joy of independence and God’s peace fill our hearts as we commemorate the 10th anniversary of our independence as a sovereign nation of South Sudan.

We appreciate and congratulate our president, HE Salva Kiir Mayardit for his wise leadership from the time of referendum to this 10th anniversary.

We acknowledge with thanks to God the sacrificial efforts done by our liberators and all those who supported us in our struggle for freedom. We all hoped for a peaceful and joyful life in our new nation, but our hearts have continued with pain, anguish and misery brought by our own evil actions.

Now, with freedom in our minds, and Christian faith in our hearts, I appeal to all our citizens to decease from violence and embrace brotherhood, love, peace, unity, forgiveness and reconciliation.

We appeal to the Revitalized Government of national unity to double her effort in speeding the implementation of the revitalized agreement in letter and spirit in order to put an end to the long suffering of the miserable citizens of this nation.

We continuously commit ourselves in prayers for God’s will to be done in South Sudan as it is in heaven.

Hope and Peace of God be with you all. Thank you.