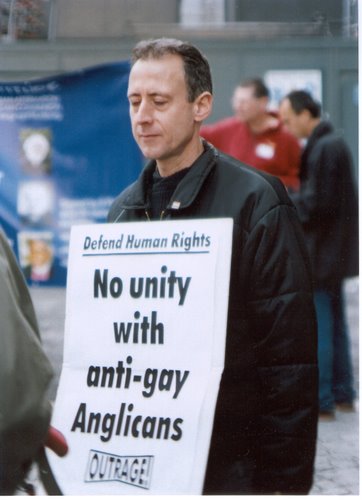 The Methodist Church has just decided to change the definition of marriage and offer it to gay couples. In so doing, it once more raises several important questions, including how one becomes gay.

Jayne Ozanne has written here recently about how simply questioning whether or not someone is born gay is an act of threat to the sanity, self-acceptance and stability of the gay Christian. But outsourcing the validation of who one is to others to that extent must raise questions about the degree to which one is confident in the permanence of one’s longings and appetites. We all depend on each other to some extent for affirmation and respect, of course, but perhaps it hints at a level of fragility in a way that might arouse our concern?

It does present the difficulty that blaming the curious in this way is a muscular exercise in emotional blackmail. If you dare to question this phenomenon you become responsible for all self-harm, self-denigration and even attempts at suicide.

Given the multiple factors that lie behind our fragile personalities and which range from genetics, learned behaviour, family and non-family trauma, hormones, tragic circumstances, and psycho-social patterns, it’s a bit hard to make strangers responsible for all the internal contradictions experienced, when they ask not unreasonable global questions about human nature.

Perhaps defending the born gay position in this way is intended more to put people off asking questions to which the answers are not wanted, rather than a serious and mature attribution of responsibility for pronounced psychological vulnerability. After all, it’s not as though the whole gay community agrees with Ms Ozanne.

A number of people have dared to ask the question, is one born gay? Scientists for example have been looking very hard for the gay gene, and not found one.

But amongst the most articulate defenders of gay rights, Peter Tatchell turned his attention in this direction some time ago. I have long admired him for his integrity across the political and moral spectrum, not least for when he tried to effect a citizen’s arrest on the dictator Robert Mugabe.

Tatchell is one of most prominent gay critics of the ‘born gay and don’t dare ask’ argument.

He had this to say: “The biological determinist thesis has ..a major flaw. If we are all born either gay or straight, how do they explain people who switch in mid-life from fulfilled heterosexuality to fulfilled homosexuality (and vice versa)? (For example) . The singer Tom Robinson was a happy, well-adjusted gay man who, to his own surprise, one day met and fell in love with a woman. He is now equally happy and well-adjusted in his straight relationship. If he was hard-wired at birth to desire men, how can he now desire women?…Much as I would love to go along with the fashionable “born gay” consensus (it would be very politically convenient), I can’t. The evidence does not support the idea that sexuality is a fixed biological given.”

My own flimsy anecdote doesn’t involve a celebrity singer, but I remember the surprise provided by one of my university students who had been very overtly confident about her lesbianism.

She was so demonstratively affectionate that I would sometimes open my office door to find her and her girlfriend cuddling on the chairs lying just beyond the doorway in cheerful romantic abandon. About five years after she graduated and left, I saw her on Skype one night in the library of an American university where she was completing a doctorate, and we re-connected and chatted.

“You can congratulate me on my love life,” she said.

If I was taken aback, it was as much for being called an idiot when I had spent years ‘respecting’ her socially demonstrable lesbianism.

But I had to ask, “Does that mean that all the time you were celebrating being gay you were actually bisexual”? ( I like to get my categories clear.)

“Who knows?!” she cheerfully replied, adding, “Let me tell you a bit more about him. He’s wonderful. I love him to bits.”

Who knows indeed? But both Tatchell and my student celebrated a fluidity in sexual attraction that makes the born gay advocates very upset. After all it only takes one exception to their rule to invalidate it, and there are more than one.

One of the more colourful and recent exceptions is the extraordinary and exotic Milo Yiannopoulos.

If you don’t already know Milo, it’s hard to sum him up in a few words. But he took publicly gay, camp, provocative and homosexually-in-your-face critique of leftish wokism to new levels.

Recently Milo, who must have qualified in media and political circles as the one of the most bombastic and public gay voices, has converted to Catholic Christianity. As a consequence he has become celibate and dedicated himself both to Jesus and St Joseph. In an article entitled ‘What happens when you stop being gay’, he recently wrote:

“A year has passed since I accepted God’s will and pledged to banish sodomy from my life. It’s a complicated, painful odyssey of spiritual recovery designed to liberate me from old ways of thinking. I have accepted the embarrassing truth about my homosexual urges, which I now realize are illusions — disordered manifestations of abuse and abandonment…

For the first time in my life, I care what happens to me. I have melted off my rainbow manacles and placed myself beyond the reach of the disease-ridden, abusive comorbidity of “gay life.” And now, I feel the first flickering of hope for a wholesome normality I had previously written off, hope that I can build a good life and save some souls — perhaps even hope for a family, a dream that was utterly out of reach until really just a few months ago…”

Milo has accepted and endorsed the Catholic critique of disordered affection. He rejects biological determinism and psychological threats. Unlike Tatchell’s singer Tom Robinson, he has fallen in love not with a woman, but with Jesus. And it’s a love of the heart, not the body; agape, not eros.

Tatchell’s rejection of biological determinism simply removes the special pleading that no one can ask questions. But it doesn’t help us assess the Milo phenomenon.

The trouble is that if Milo is right, the Methodists are wrong. You cannot baptise disorder and make it better. If the Methodists are right, Milo is wrong and his sense of liberation, healing, recalibration, freedom and flourishing, is illusory. I’m not sure I would want to be the one to try to convince him of that, although there is nothing wrong with letting time and circumstances test it.

At a more global level we are faced with the phenomenon of liberal Protestant churches being drawn one by one, by the gravitational pull of secularism, to give a spiritual mandate to an understanding of sex, love and identity that the Christian faith has warned against.

Was Christianity always wrong, and it has now had to be educated by the hedonism, eroticism and romantism of secularism; liberated from its preoccupation with the theological implications of procreation?

Or has progressive Protestantism lost its moorings and slipped inexorably away from the astute spiritual analysis of the Christian tradition to become indistinguishable from secular liberalism?

Is the choice one of either Milo and Tatchell, or Ozanne and the modern Methodists?