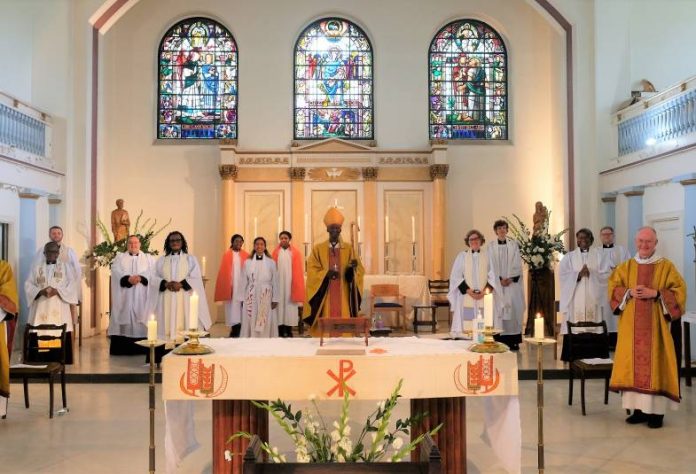 Nearly 600 people were recommended for training for ordained ministry in the Church of England last year, including the highest number for a generation of candidates expected to take up paid clergy posts.

In spite of the impact of the pandemic, 591 people were recommended for training for ordained ministry in 2020, the highest figure for 13 years.  Of these, 431 plan to exercise stipendiary, or paid ministry – the highest number for 34 years.

The Church of England’s Ministry Statistics show that women made up the majority of the 580 ordinands who started training for ordained ministry in September last year – at 54% – for the third year running.

Overall, there were nearly 20,000 active clergy in the Church of England at the end of last year with the majority working in a particular church or churches.  Just over 2,000 were working in other areas such as chaplaincy, theological colleges and diocesan roles.

The figures show also that 230 people began training for Reader and or Licensed Lay Ministry.

The Ministry Statistics have been released after a temporary online discernment process was introduced during the first lockdown last year, with the large majority of in-person residential discernment events (known as Bishops Advisory Panels),  cancelled because of the pandemic.

The Rt Revd Chris Goldsmith, Director of Ministry, highlighted the work of parishes during the lockdown last year and thanked all who had expressed a ministerial vocation.

“It is a privilege to share with you the task of declaring the gospel of our Lord Jesus Christ and of enabling others to do the same,” he said.

He added: “Last year we saw the very best of the parish system come to the fore when our worshipping communities found a range of creative ways to broadcast the unchanging love of God in very uncertain times.  I am so grateful for each one.

“People both lay and ordained have gone beyond themselves to serve others in extraordinary ways as our communities have worshipped, suffered, grieved and, on occasion, celebrated in the shadow of a global pandemic.”

The Church of England’s Head of Vocations, Revd Helen Fraser, paid tribute to the dedication and perseverance of all those who had kept the discernment process on course during the pandemic.

“We thank God for his generosity and express our gratitude to our colleagues in the dioceses, parishes and national church, who have shown such dedication and perseverance,” she said.