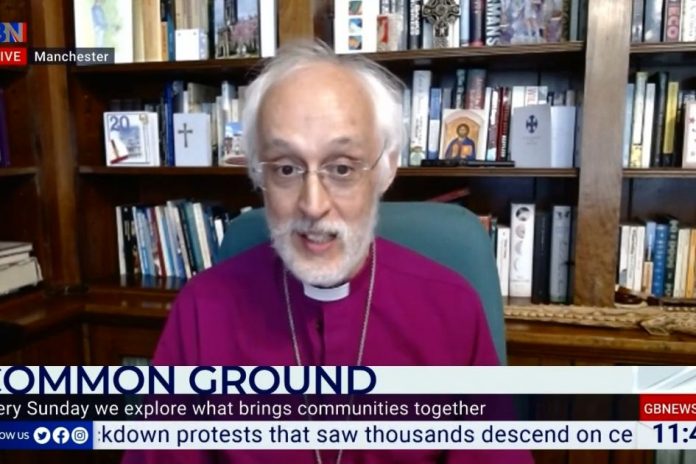 The collective societal gasp at CCTV images of the Health Secretary and his paramour was quite understandable.

There for all the world to see, was Matt Hancock engaged in behaviour that he had criminalised for the rest of the country. Hands,
Face, Space? His hands were certainly out of place, as indeed was his face, and as for space—there was just no daylight between where the two stood on the matter, to put it politely.

Cries of hypocrisy were heard on every radio station and echoed on every television broadcast. Internet comment abounded.
The daily newspapers were having a field day. Copy flowed freely with clear enough photos to provide sufficient proof even before the MP’s admission the story was true. One place where there wasn’t much public criticism was from within Number 10 and the political class. Maybe the story was just too close to the bone for some in office. For once, the maxim about people in glass houses not throwing stones was taken to heart.

Was Hancock’s behaviour hypocritical? Without any question. Was it a surprise? Again, without question, no. It has happened too many times to raise much surprise. The bigger question is this: was the conduct of Secretary of State for Health & Social Care morally wrong, or dare we be so culturally insensitive as to say, sinful?

In May 2020, Mr Hancock roundly criticised SAGE Advisor, Professor Neil Ferguson for breaking rules by traveling to be with his married girlfriend and said when he resigned, he had done the right thing. Ferguson, like Hancock had also been intimately involved
in making the rules he decided were not personally applicable and then had so intimately broken.

Most surprising were the public comments on the affair du jour by the Bishop of Manchester, the Rt Revd David Walker. Interviewed on GBNews on Sunday, 27 June, he gave his opinion. “I’m actually feeling quite sorry for Mr Hancock this morning – a middle aged man, struggling a little in his job, he has a fling in the workplace … it’s hardly that controversial at that level is it? And I think…had he not been the health secretary then maybe the matter should have been left entirely private – something for the families to sort out between themselves”.

For Christians, Walker’s description of Hancock’s sin, as ‘a bit of a fling’ probably brought more of a gasp than the photos of Hancock and his mistress elicited from the general populace. The bishop’s response is emblematic of many problems faced by the Church of England. The Church has a clearly defined set of divinely revealed theological doctrines that it expects its clergy to believe, teach, and confess. The teaching on marriage is expressed particularly in the Articles, the canons and the wedding service—Adultery isn’t a fling. Adultery isn’t a distraction. Adultery is clearly contrary to God’s Word. Adultery is a sin.

Leaving aside Bishop’s Walker’s failure to represent the teaching of the Christian faith and of his Church, there is also a pastoral
failure. While much of society decries Hancock’s hypocrisy in providing himself with a convenient exemption to the rules he has
mandated for everyone, there are those who feel more deeply and personally his hypocrisy and untrustworthiness, Mrs Hancock and her three children—as well as Mr Tress and his three.

Where is the pastoral sensitivity towards those wronged, in a bishop describing such devastating betrayal as ‘a bit of a fling’? Where
do we find episcopal care expressed in words that are so casually dismissive of the marriage promises? What is distinctively Christian about a bishop echoing society’s obsession with Covid rules being broken but not wedding vows?

Did the lack of social distancing really cause more episcopal anguish than the lack of marital faithfulness? Whatever words of comfort Bishop Walker subsequently proffered are surely negated by his crass trivialising of marriage at the outset.

We should pray for the families caught up in this tragic and sorry human mess behindthe headlines! We hope that those facing the bitterness of betrayal will find better pastoral counsel than that offered by the ‘Mancunian episcopate’.