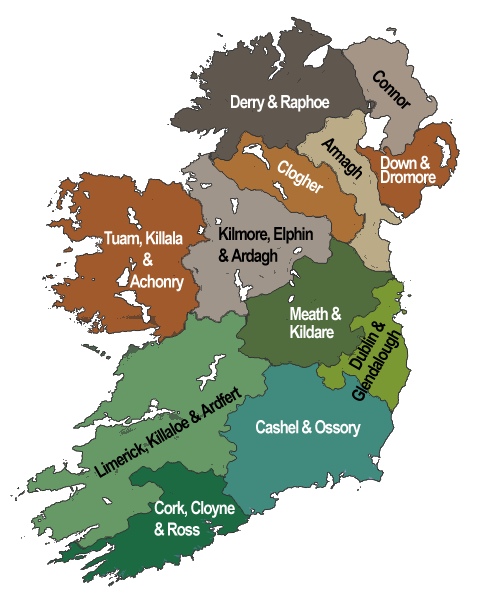 The Bishop of Limerick and Killaloe, the Rt Rev Dr Kenneth Kearon and the Bishop of Tuam, Killala and Achonry, the Rt Rev Patrick Rooke have both announced their intention to retire on 31st October.

Ordained by the Bishop of Connor in 1978, Bishop Rooke served curacies in Mossley Parish, Newtownabbey and in Ballywillan Parish, Portrush. His first incumbency was in Craigs Group of parishes before transferring to the Diocese of Armagh for six years as Rector of Ballymore, Tandragee. He returned to the Diocese of Connor in 1994 and the Parish of Agherton, Portstewart before being appointed Dean of Armagh in 2006. Five years later he moved to the West on his appointment as Bishop of Tuam, Killala and Achonry.

Bishop Kearon was ordained in 1981 and served his curacy in the Parish of All Saints’ Raheny and St John’s Coolock in Dublin. He was Dean of Residence at Trinity College, Dublin from 1984 to 1991 when he became Rector of Tullow in Dublin. He was appointed Director of the Irish School of Ecumenics in 1999 and Secretary General of the Anglican Communion in 2005, and was elected Bishop of Limerick and Killaloe in 2014.

With the agreement of the two united dioceses, in 2019 the General Synod voted to amalgamate them under the oversight of one bishop upon the next episcopal vacancy. With both bishops retiring at the same time, a new bishop will be elected, probably early in the new year.