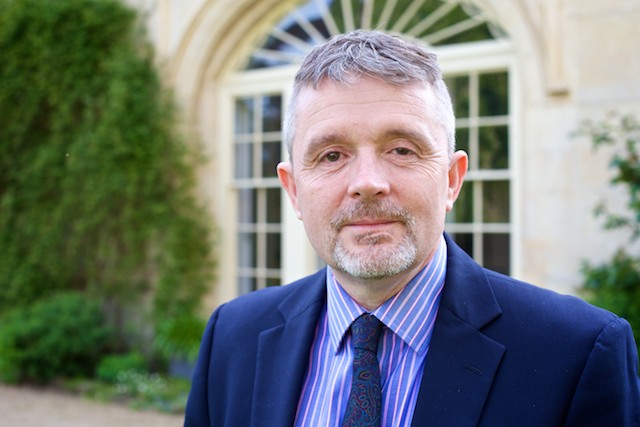 It is entirely disproportionate that this matter should be referred to a tribunal.   With these and other similar words, Dame Sarah Asplin, the President of Tribunals and the most senior legal voice in the Church of England, delivered her verdict on the Martyn Percy affair.  The legal effect of this judgement is that process of the complaint under the Clergy Discipline Measure has been killed stone dead.   When and how all the existing Kafkaesque prohibitions imposed by the church lawyers against Dean Percy will be lifted, remains to be seen.

The CDM against the Christ Church Dean has been dragged out over seven months, backed by several members of the Chapter at the Cathedral, two diocesan bishops and other senior advisers and church officials. The effect of heaping so much in the way of blame and calumny on one person has created an environment of tension, toxicity and hatred in a relatively small institution.  The church authorities who backed the CDM should, by the norms of natural justice, face a day of reckoning.  The public have watched the horror of so much institutional loathing being poured out on to Percy.  Every single person involved in this calculated organised torture should have to do something to help mitigate the poison that has spread so far within the Church around Oxford.   If there is no sign of remorse or regret for this behaviour, the implicated church authorities are going to symbolise psychological bullying in the eyes of many.  It has taken a top legal mind to see the obvious.  Whatever was said or done in the vestry on that October Sunday, the alleged offense does not merit a tribunal.  Such a response ‘is entirely disproportionate’.

What happens next?  Clearly the Church CDM proceedings against the Dean have nowhere to go.  The Core Group will have nothing further to discuss and the entire CDM process and the sanctions they imposed should be allowed to fade away.  Quite how the Church authorities, the Bishops, the National Safeguarding Team and the local safeguarding group who allowed this accusation to get so far will explain things, remains to be seen.  Perhaps the silver lining is that the whole CDM process discussed in an earlier blog, will be further undermined and discredited in the eyes of reasonable people, inside and beyond the Church.  If this Christ Church nonsense reflects the workings of the church justice system, then we definitely deserve something better.

But, of course, Dean Percy still faces another legal process, the tribunal being set up by the College to judge whether his actions are ‘immoral, scandalous or (of a) disgraceful nature’.  This tribunal has an independent judge appointed and two internal assessors.  Clearly the two internal assessors could outvote the independent chairman Rachel Crasnow QC.  We can hope that Dame Sarah Asplin’s existing assessment will carry some weight in this other process.  In which universe can it be claimed that touching someone’s hair in a non-sexual manner is immoral disgraceful behaviour.   On the side of natural justice is also the fact that the Charity Commission is watching.   They have already served notice back in January that they dislike the fact that Christ Church trustees have been spending exorbitant sums of money on this vendetta against the Dean.  If they regard the next tribunal process as in any way falling outsides the College’s charitable purposes, the individual trustees will be expected to be personally liable for the cost.  Each trustee could be required to pay around £56,000 to the case if the CC deem it necessary.  It may be that the independent judge will take a similar view to Dame Sarah and declare the proposed punishment of the Dean disproportionate to the alleged offense.  Even if she was outvoted by the internal assessors, that fact would be noted by the Commission.  Can the College really claim that charitable money is being expended for charitable purposes with these tribunals against the Dean?  The Church has also just spent vast sums on its own CDM process and now the College wants to repeat their first tribunal process.  The total spent in 2018 came to millions.

The judgement of Dame Sarah Asplin is an important step towards justice for Dean Percy and the rediscovery of common sense in a college in Oxford in crisis.   We are possibly looking at the end of the beginning in the process.  Many institutions and individuals are effectively on trial in the Percy affair. Reputations are being put at risk for decades to come. It is not just the Cathedral that has suffered a blow to its reputation; it is also the Diocese of Oxford, its safeguarding team and the NST.  The integrities of a range of individuals, from clergy, within and beyond the Cathedral, to a number of disgruntled dons, are being put under close examination.  Already the judgement by Dame Asplin has exposed the disproportionate reactions by those who were involved in the CDM process.  The inhibitions against the Dean in the name of preserving the safety of the College community, have been so absurd as to discredit and devalue the whole process.  This is not the time to go back over this long-lasting saga.  Clearly my readers will long ago have made up their mind as to whether Martyn is a ‘sex-pest’ or the grossly wronged persecuted victim of vindictive misbehaviour.

What can we hope for?  We can hope that attempts by the Church of England to incriminate Dean Percy will cease immediately and that a little shame may descend on at least some of those who have ‘bigged-up’ what is, even to take the worst interpretation, hardly a serious sexual assault.  All the elements of vindictiveness need to be challenged.  The Church, in spite of its teaching, is, however, not good at saying sorry.  The second thing we can hope for is that the second tribunal set up by the College against its Dean may be seen to be a potential threat to the financial well-being of the trustees.  The Charity Commission may become, like the Chair of Tribunals, the purveyor of reason, common sense and proportionate dealing within the ugliness of an internal dispute within a college.  It is unlikely that the path forward will be smooth, but we do dare hope, one day, for peace and justice to descend on this corner of the Church and one embattled college in Oxford.