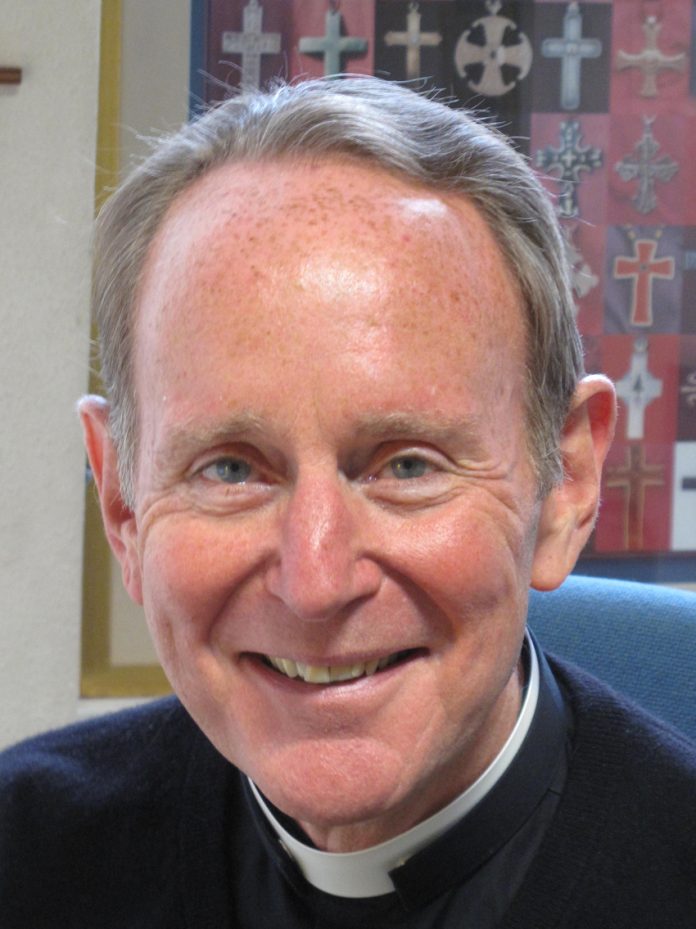 A Church of England vicar has been convicted of sexual assault and fined £1,000. The Rev. John Moore (67), who was appointed in 2015 the Vicar of St Stephen’s Church Guernsey was arrested last September, appeared in the Jersey magistrate’s court on 21 April 2021.

The court heard that after teaching a class early last September at Ladies’ College, Moore drove to the public toilet at Grandes Rocques. An 18-year old man was using the urinal when Moore siddled up to him to wash his hands at the sink. Moore then reached over and squeezed the victim’s groin.

The young man told the court he fled the washroom and alerted his girlfriend who was waiting outside in a car.  The police were called, and fifteen minutes later they found Moore loitering in the public toilet.

In court Moore stated he had gone to the public toilet to solicit sex and admitted to having squeezed the victim’s groin. However, he said he believed the young man had encouraged his soliciation.  He stated he has been married for approximately 40 years, but has been a secret bi-sexual.

As it was his first offense, Moore was let off with a fine and a five-year notification order, and has since moved to France. He was suspended from his post last November as vicar of St Stephen’s and will now face a church disciplinary proceeding.

On 30 April 2021 the Deans of Guernesy and Jersey wrote to the clergy of the Channel Islands informing them that a review of past safeguarding cases would be held in light of Moore’s conviction. A Diocese of Salisbury spokesman said this new review had a wider remit than the past cases review of 2009, and was inviting victims to take part in the proceedings.

“This latest review will involve examining all safeguarding case papers (both those involving children and vulnerable adults) and will ensure that the voices of survivors are heard,” the spokesman said.

The Very Rev. Tim Barker, Dean of Guernsey wrote he was “very sorry and saddened by John Moore’s actions” and the ‘significant impact this will undoubtedly have had on the victim and his family.”

He offered his “deepest sympathies to all who have been affected by this unacceptable behaviour.”

The Deans’ letter stated a retired senior police officer, Tracy Hawkings, had been appointed as Independent Reviewer, and that they had also established a Reference Group to provide independent oversight for the proceedings.

They asked “anyone with any information regarding church-related abuse to be part of this process. No matter when an incident took place or whether it has been previously reported, you can make direct contact with the Diocesan Safeguarding Advisor.”

Their goal was to be able to say “all known safeguarding cases across the Channel Islands have been appropriately managed and reported to statutory agencies or the police where appropriate”; that victims had played a constructive part in the proceedings; and “all identified risks have been assessed and mitigated as far as reasonably possible.”