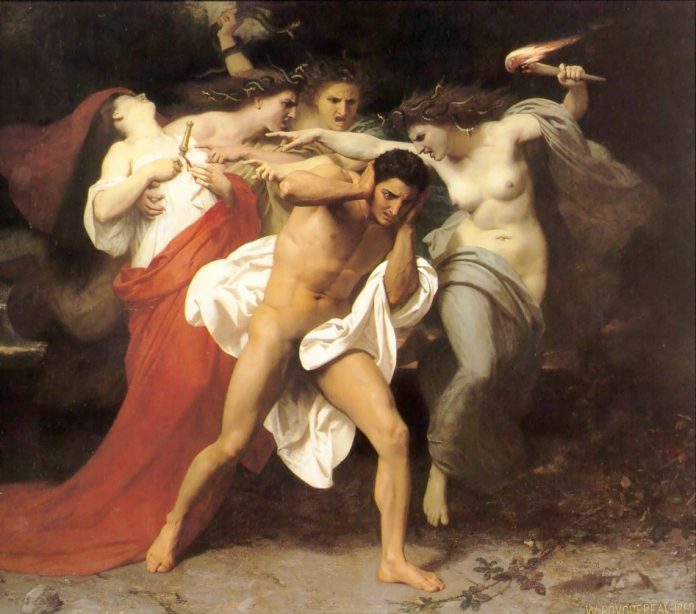 A recurring theme of the recent 31:8 Review concerning Jonathan Fletcher and Emmanuel Church Wimbledon is that of fear. On page 10, the report refers to ‘a culture of fear’. On page 33, it states, ‘Fears were discussed about repercussions and implications of participation. … This was not solely linked to a fear of JF but of others of influence in the wider CE [conservative evangelical] constituency of which ECW is part’[emphasis added]. Page 38 adds, ‘Fear of JF and fear of his power and reach were clear from many as were fear of others still in positions of authority in the wider CE community’ [emphasis added].

Another recurring theme is that of manipulation. The words ‘manipulation’, ‘manipulative’, and ‘manipulated’ are used a total of twenty-three times in the Review. On page 38, the Reviewers say, ‘a number of participants detailed manipulative, controlling or coercive behaviour’; on page 40, they say, ‘in the letters [from Jonathan Fletcher] shown to the Reviewers there was evidence of encouragement but also of clear manipulation.’ On page 74, the Reviewers comment, ‘There needs to be some reflection on the needs of those who have experienced spiritual abuse, coercion and control, manipulation and bullying with ECW and the wider constituency’ [emphasis added].

Both intimidation (the activity that gives rise to a culture of fear) and manipulation can be seen in the attempts by conservative evangelical leaders and organisations to block the efforts of whistleblowers to draw attention to the antisemitism of Rev Dr Stephen Sizer.

This post is not primarily about antisemitism or Dr Sizer. (We have written about those subjects elsewhere). It’s about how the Sizer scandal demonstrates the use of intimidation and manipulation by powerful conservative evangelicals seeking to put a stop to whistleblowing. It is therefore written in support of the comments from the 31:8 Review quoted above. In our view, those comments are not overstated or alarmist when they speak of the widespread prevalence of fear and manipulation in the conservative evangelical constituency.

An Example of Intimidation
In early 2012, Rev William Taylor, Rector of St Helen’s Bishopsgate and the then Chairman of the South East Gospel Partnership, agreed to undertake an investigation into Dr Sizer ‘on behalf of the Gospel Partnerships’. During his investigation, Rev Taylor was told that a former member of the church where Dr Sizer was vicar (Christ Church Virginia Water) was willing to discuss Dr Sizer’s broader conduct. Since this former member did not want anyone other than Rev Taylor to know his identity, Rev Taylor was told that this offer of information came with a strict request for confidentiality. However, Rev Taylor deliberately forwarded the relevant correspondence to Dr Sizer himself, thereby revealing the identity of the former member to Dr Sizer and causing that person inevitable difficulties.

There was no moral or practical justification whatsoever for Rev Taylor to forward that correspondence to Dr Sizer. As the email below demonstrates, he had already decided that Dr Sizer was innocent, therefore there was no investigative need for him to send Dr Sizer any correspondence. In a situation where a whistleblower was understandably fearful, Rev Taylor abusively exploited that fear by revealing the whistleblower’s identity. We believe Rev Taylor’s intention was to try to shut down future complaints about Dr Sizer.

Rev Taylor’s abuse of power was compounded by the implicit threat in the above email to Nick Howard: ‘I have also spoken to John Mason.’ John Mason was at that time Nick Howard’s boss. He was an Australian pastor based in New York who had no knowledge of the issues involving Dr Sizer, and who therefore could not have provided any assistance to Rev Taylor in his investigation. By mentioning John Mason in the context of an email aiming to shut down further complaints about Dr Sizer, Rev Taylor was seeking to intimidate Nick Howard by implying that his job was ultimately at stake.

The threat to Nick Howard’s position in New York was real: eighteen months later, after the 2013 GAFCON conference in Kenya, John Mason said he had been approached by British evangelicals (presumably including Rev Taylor himself, who preached there) with scathing reports of Nick Howard’s conduct in relation to Dr Sizer. As a result, on 3 November 2013, Rev Mason convened a meeting on the subject with Nick Howard and the wardens of their church. If the late Dr Mike Ovey had not personally backed up Nick Howard through a supportive email, he likely would have been compelled on pain of dismissal to drop any further public mention of Dr Sizer (a demand to which he may not have been willing to submit, thereby forfeiting his job).

We think this represents a clear example of what is discussed in the 31:8 Review: namely, that respondents were afraid of ‘others still in positions of authority in the wider CE community’ and had cause to fear ‘reprisal or the impact on future career plans.’ In our view, Rev Taylor’s actions – exposing a whistleblower’s identity to Dr Sizer and seeking to intimidate Nick Howard – demonstrate an abusive use of fear in the exercise of power. Rev Taylor’s recent words about ‘safeguarding’ and ‘victims’ are brought into question by the behaviour detailed above.

It should be noted that we approached Rev Taylor privately in the summer of 2020, asking whether he wanted to apologise before we published this article about the Sizer scandal. We received no reply.

An Example of Manipulation
In November 2020, we wrote a further article that focused specifically on the conduct of Church Society’s leadership in relation to the Stephen Sizer scandal.

Last week, Rev Andrew Towner, the chairman of Church Society’s Council, sent this letter to Church Society members (we have circled the most important parts):

It should be clear to see that our unwillingness to cooperate with Church Society’s proposed investigation does not amount to the ‘exoneration’ of Church Society and its Director.

At the very least, Church Society should have gone ahead with its independent investigation without our involvement. That was a viable option for Church Society because we had supplied all the supporting evidence that Rev Towner had told us was missing from our article. The verdict of that investigation would certainly have been questionable, given the lack of cooperation from Church Society’s opponents. Yet it would at least have represented a form of justice, unlike the present situation where Church Society has announced its own exoneration despite the absence of any formal investigation.

Manipulation can be defined as ‘unscrupulous control of a situation or person’. We consider Church Society’s letter to be highly manipulative. By omitting a central piece of information, it leads readers towards the false conclusions that Church Society has been exonerated and that Church Society’s critics are not prepared to stand by their criticisms. We believe a parallel can be drawn with the manipulative letter-writing by Jonathan Fletcher, as discussed in the 31:8 Review.

Leadership Culture in Question
From 2012 to the present day, therefore, the Sizer scandal has brought out some of the worst features of British conservative evangelicalism’s abusive approach to power.

A previous post on this blog, by Sam Allberry and Glen Scrivener, echoed the call of the 31:8 Review and Independent Advisory Group for a review of the culture of the UK conservative evangelical constituency – including an urgent review of the leadership culture. We would like to add our support to those calls. The leaderships mentioned in this post would seem to be good places to start.