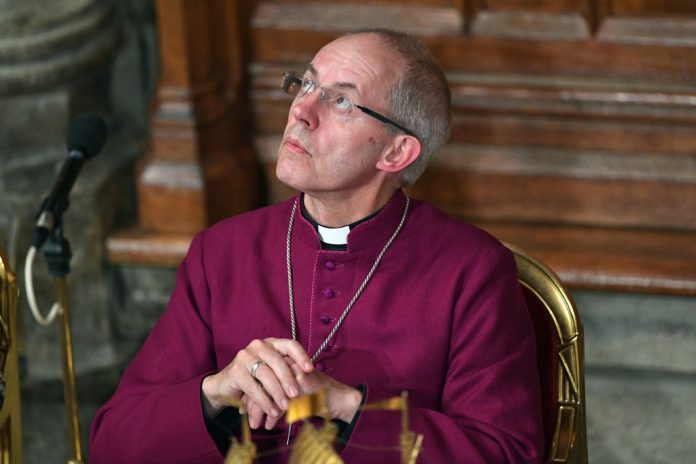 During the past week, there has been a flurry of statements by orthodox Anglican church leaders –accelerated and magnified, as per usual, by the internet and social media – concerning positions on homosexuality and same-sex attraction.

It is not my intention to enter into the intricacies of this matter, except to make the point that NONE of the participants are advocating the positions taken by the Episcopal Church USA. The Anglican Church in North America has been clear in its teaching on sexuality, employing the specific language of 1998 Lambeth Resolution I.10:

The ACNA Book of Common Prayer includes in its formularies the Jerusalem Declaration from GAFCON 2008, which states in clause 8:

The Global Anglican Future Conferences of 2008, 2013, and 2018 and their constituent Provinces have all stood firm on the fundamental teaching of Scripture in matters of sexuality. The Gafcon Provinces have also pledged to work together in a conciliar manner to resolve any differences between them.

This is my plea. Let us not fire salvoes at each other. Let us come together and confer. The core principle that motivates us in the Gafcon movement is that God is light and in Him there is no darkness, that His Word is a lamp unto our feet, and that Christians meeting together in study, prayer and fellowship can ultimately come to one accord and say: “It seemed good to the Holy Spirit and to us.”

The Councils of the early church were not without rancour, nor were many of its matters settled overnight, but ultimately in the providence of God, His Church came to one mind on the truth of the Gospel of Jesus and has communicated it in a vast diversity of cultures. Gafcon is an extension of that historic church.

It is with that conviction and in that spirit that I appeal to the Primates, bishops, and other leaders of the Gafcon fellowship to come together and confer. Let us “stir up one another to love and good works, not neglecting to meet together, as is the habit of some, but encouraging one another, and all the more as you see the Day drawing near” (Heb 10:24-25).

Archbishop Welby proceeds to rebuke Archbishop Ndubuka for violating the “agreed teaching of the Anglican Communion,” namely, the 1998 Lambeth Resolution I.10 on Human Sexuality. This is rather rich, considering that for more than twenty years, the Global South churches have appealed to Canterbury to uphold this Resolution, only to be snubbed.

Welby zooms in on “paragraphs c and d” of the Resolution since those are the particular clauses that speak of “homosexuals” (“gay” had not become coin of the realm in 1998). I shall come back to those clauses, but we should read the Resolution from the beginning, which states: “This Conference,

Welby offers a truncated version of this clause as “the traditional view of Christian marriage.” He does not mention the second half about abstinence because he has been promoting a third way of long-term homosexual partnerships.

Welby even distorts the careful wording of the text when it refers to homosexuality. Paragraph (c) notes that among church members, there are “persons who experience themselves as having a homosexual orientation.” This language was carefully vetted by the bishops at Lambeth. They wished to acknowledge the reality of same-sex attraction as a consciousness which orients a person’s desires powerfully, even if that consciousness is disordered by fallen human nature (Rom 1:24-27). That orientation, the bishops said, is no more damnable than any other of the temptations that flesh is heir to, nor is it beyond the pastoral reach of the Church and the transforming grace of God. Just as any godly pastor must listen to the sins of his people, so the Church needs to be aware of the social, psychological, and spiritual context of the “experience” of homosexuality. The bishops of the ACNA who produced the Sexuality and Identity statement were performing this task in our postmodern context where “identity” has replaced “consciousness” and practice has replaced “orientation.” They are seeking to help sincere Christians to direct their hearts into single lives of service or in some cases to reorient their desires and find fulfilment in marriage.

Once again, Welby cites paragraph (d) only in part. It reads: This Conference,

The Archbishop leaves out the first, normative clause (italicized) in order to get to the presumed condemnation of homophobia. Even in 1998, the word “homophobia” was being used by the gay rights lobby to tar anyone who opposed its agenda. For this very reason, the Resolution speaks of “irrational fear of homosexuals” and links it with other examples of sexual abuse. They were saying that such an irrational fear is a violation of the compassion Jesus requires of His church for the outcasts of society – the “tax collectors and prostitutes” (Matt 21:31-32).

Welby leaps to the assumption that the language of the Nigerian statement is homophobic. To be sure, it is blunt, inflammatory, and, frankly, obscure: “A Gay is a Gay, they cannot be rightly described otherwise.” That phrasing sounds more like LGBT promotion than the Good News of the Kingdom.

Fellow bishops should indeed question and challenge this use of language. But to do so, they have to be fellow bishops.

Welby ends his rebuke with this bromide: “the Anglican Communion continues to seek to walk together amidst much difference.” That’s simply not true. By his continuous refusal to listen to the confessing churches of the Global South and his exclusion of the Anglican Church in North America from participation, Justin Welby has forfeited his chance to confer fruitfully and instead seems more interested in assuaging the affections of his audience at home than in making a difference in the wider Anglican Communion.

So I repeat my plea to the leaders of the Global Anglican Future Conference: Ignore Cantuar – he is just making trouble – but do not neglect the demands of true fellowship. Come and reason together.