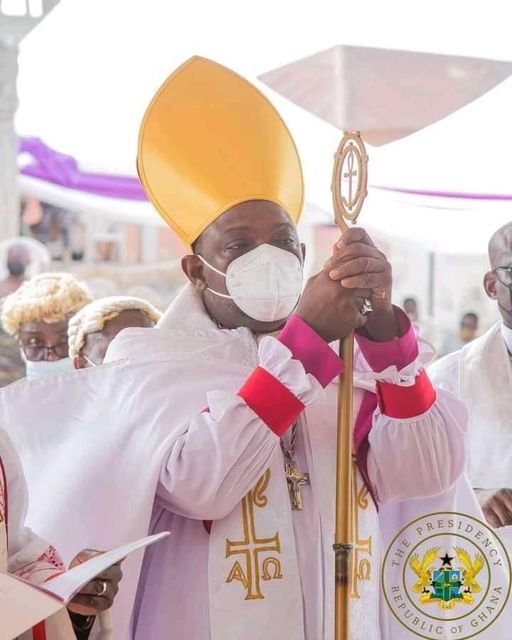 The president of Ghana told Anglican leaders in the West African nation there would be no civil gay marriages permitted under his government.

Speaking at the installation of the Archbishop of Ghana, the Most Rev. Cyril Ben-Smith, on 28 February 2021, President Nana Addo Dankwa Akufo-Addo said: “I have said it before, and let me stress it again, that it will not be under the presidency of Nana Addo Dankwah Akufo-Addo that same-sex marriage will be legal.” A video of the proceedings posted on Instagram shows the president’s statement drew applause from the congregation, including that from the new archbishop.

The issue of same-sex marrigae has arisen in Ghana as western governments have pushed marriage equality laws on African governments as a condition of receiving aid. Ghanaian newspapers also report that Ghana’s gay and lesbian community ihas begun to lobby for a change in the nation’s sodomy laws.

Archbishop Ben-Smith was elected at a special meeting of the provincial synod held on 15 Jan 2021 at the Cathedral of St Cyprian the Martyr. He succeedsthe Most Rev. Daniel Sarfo, Bishop of Kumasi and metropolitan archbishop of Ghana.

On 22 May 2011, the West African bishops appointed Dr. Ben-Smith suffragan bishop for the Diocese of Kumasi. When the diocese of Asante-Mapong was formed in 2014 he was elected its first bishop, overseeing 90 congregations in the Mapong and Kumawu regions.  Dr. Ben-Smith earned a Ph.D. from the University of Manchester in 2009, and an M.Phil from the University of Cardiff, as well as a Licentiate in Theology from St Nicholas Seminary in the Cape Coast. At the time of his appointment to the episcopate, Dr. Ben-Smith was vice-rector of the seminary and taught courses in Comparative Religion and the Philosophy of Religion.