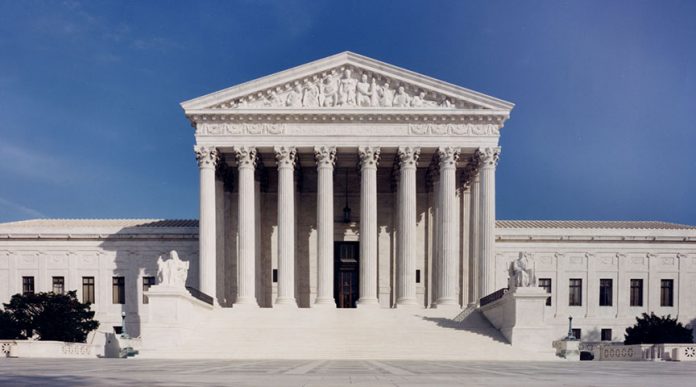 With its denial of certiorari (review) this morning to two of the Episcopal Church in the USA’s (“ECUSA’s”) groups in Fort Worth, Texas, the United States Supreme Court has put to rest the multiple adverse claims made for the last twelve years against the Episcopal Diocese of Fort Worth.  All of those various claims, and the stages of their ups and downs, have been chronicled on this blog, which began just before the legal disputes emerged. It is gratifying, therefore, to report that this blog has managed to outlive, along with (retired) Bishop Jack Iker and his faithful flock, the Machiavellian intrigues of the schemers at 815 Second Avenue to hound and intimidate them into surrender of their properties.

Denial of review of the May 2020 decision by the Texas Supreme Court puts finally to rest ECUSA’s dogged attempts to enforce its notorious and one-sided Dennis Canon in Texas. The brazenness of that Canon, which attempted unilaterally to impose (after the fact) an enforceable, perpetual trust everywhere on all the parish properties of its members in ECUSA’s favor, ran directly into long-standing Texas trust law, which requires the consent of a property’s owner to place it into a trust, and which also requires express language to make a trust irrevocable. The Dennis Canon failed the test on both of those grounds.

Nor could ECUSA succeed by giving its successor group the same name as Bishop Iker’s Diocese, and then pretending to assume its identity. The Texas Supreme Court saw through those machinations, and held that the majority controlling the Diocesan corporation, and not ECUSA’s minority faction, were the true successors under Texas corporate law to the group that founded the original Diocese in 1983. In that respect, the Texas courts were far more perspicacious than the feckless courts in California, New York, Pennsylvania and elsewhere who simply allowed ECUSA’s attorneys to pull the wool over their eyes, and pretend that the newest kid on the block was actually the oldest, who (they claimed) had been there the whole time.

Those on the losing side reacted with predictable assurances that life will go on as before.

I am not certain about this, but the Supreme Court’s denial of review may now make it finally possible for Bishop Ryan Reed (Bishop Iker’s successor) and his Diocese to have a Texas court call a halt to the ECUSA group’s impersonation of that Diocese’s identity, by using the same words to describe itself (see the previous link).

The success in Texas leaves just one long-standing ECUSA dispute still festering: its pursuit of Bishop Mark Lawrence and his Diocese of South Carolina. For the reasons articulated in this post, your Curmudgeon has hopes that that litigation, too, will finally resolve itself before too much longer in favor of Bishop Lawrence and his withdrawing Diocese, notwithstanding ECUSA’s machinations to the contrary (and that almost carried the day).