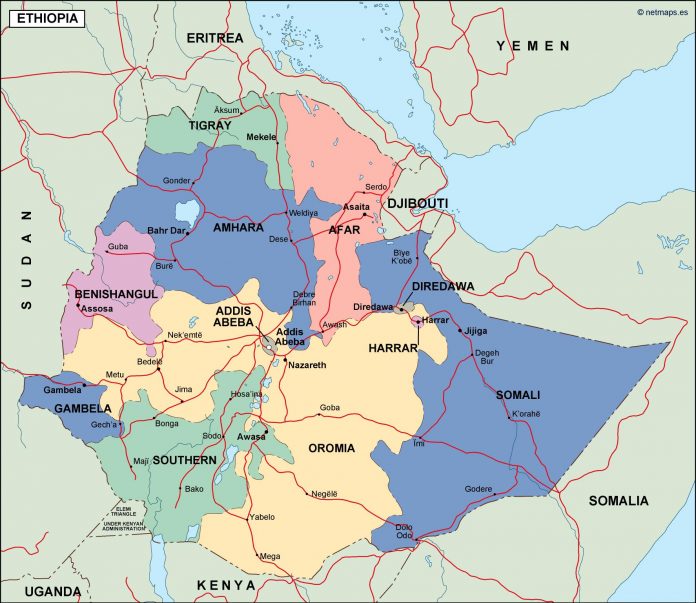 “THE SITUATION IN NORTHERN ETHIOPIA IS ALARMING. Communication is very precarious and for almost three weeks the Tigray region has been totally isolated from the rest of the world. No internet or telephone. But the news we get from those who have been able to visit the area is terrible.” This is the assessment by Regina Lynch, project manager for Aid to the Church in Need (ACN).

The Tigray region, whose capital is Mekele, is the most northern region of Ethiopia and borders Eritrea and Sudan. About 95 percent of the population are Christians belonging to the Ethiopian Coptic Orthodox Church and belong to the Tigray ethnic group.

News that has spread in recent days in many media outlets about the possible murder of 750 people in an assault on the Orthodox Church of St Mary of Zion (Maryam Tsiyon) in Aksum last November, where according to the local tradition the Ark of the Covenant is kept, Lynch says that “we have not been able to verify the exact details of what would be a real massacre. Travel in the region is not currently possible and communications are very restricted, but we have received confirmation of a series of killings and attacks on innocent people in many parts of the region and also in the Aksum area. The population is terrified.”

According to information received by ACN, there might have been another massacre with more than a hundred victims in the church of Maryam Dengelat in December.

Although the conflict has led to the deaths of hundreds of Christians, sources reiterate that the violence is not motivated by religion but by politics: due to the COVID19 pandemic the parliamentary elections planned for August 29, 2020 were postponed until after the pandemic, but the nationalist party, People’s Front for the Liberation of Tigray (PFLT) independently organized—and without the permission of the national government—regional elections in Tigray in early September, which created a political crisis that led to military intervention.

Last November fighting broke out in the northern region after the Ethiopian prime minister, Abiy Ahmed, sent in federal troops, who were reportedly joined by Eritrean troops, to fight against the PFLT.

This has been confirmed by another source contacted by ACN, who wishes to remain anonymous for fear of reprisals: “Frankly, the problem is that the Eritrean troops have been involved from the beginning. The government has denied this, but it is the Eritrean troops who are committing killings in the east and northwest of Tigray.”

The isolation of the region makes it very difficult to send in aid, explains Lynch, who is asking for support for Ethiopia and especially for the region of Tigray: “It is a political problem, but those who are paying with their lives are the ordinary civilians. This is a terrible situation. The suffering of so many people must be alleviated, and comfort must be given to our Christian brothers and sisters who are isolated from the world in a situation of anguish, threatened by violence and terror.

“At the moment it is almost impossible to access information, but we are joining in prayer for this country, its church and its people,” says Lynch