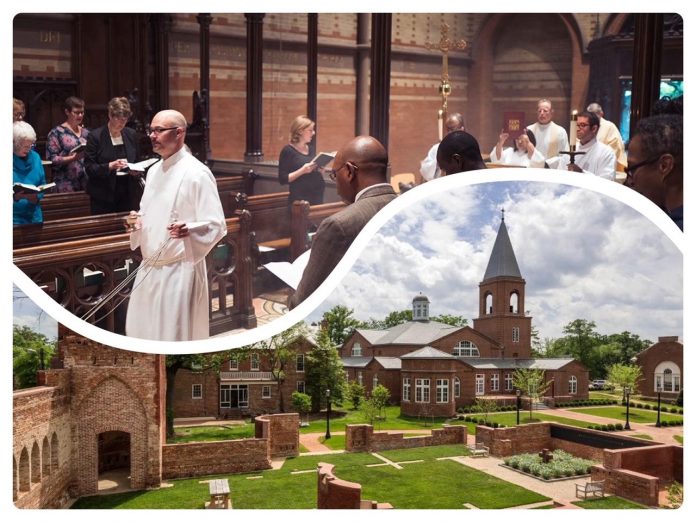 Two historic Episcopal Church seminaries announced this week that they “have begun the process of exploring partnership options.”

“Purposefully walking together in as many ways as possible is our goal going forward” wrote the chairs of both boards, Dr. David Charlton (VTS) and Diocese of Atlanta Bishop Robert Wright (GTS).

Episcopal seminaries including Episcopal Divinity School, Bexley Hall Seminary, and Seabury-Western Theological Seminary, each announced similar language before “federating” or being subsumed into a larger institution. A fourth seminary, Church Divinity School of the Pacific, was acquired by the endowed parish of Trinity Wall Street in 2019. Each points to an ongoing trend of consolidation among institutions as the Episcopal Church contracts in membership and attendance numbers.

“It is anticipated this season of discernment will culminate in some decisions in November of 2021,” the joint VTS-GTS statement concludes.

The announcement follows news of GTS Dean Kurt Dunkle’s decision in November to step down at the conclusion of the current academic year.

Dunkle stated at the time that the “Holy Spirit is calling me to conclude that season and make room for the next person called to lead General. It’s not about any particular event or circumstance.” The seminary dean wrote that he did not know “who God might be preparing to call next to General.”

General has undergone a slow-motion implosion for years. Major parcels of property, including the Desmond Tutu Center and the former Sherrill Hall were shed across the past decade in order to reduce outstanding debts and conduct long-deferred maintenance on the Manhattan campus.

The school underwent a widely publicized meltdown in 2014 between faculty, trustees and the seminary administration, prompting all but two full-time faculty to depart. Most Episcopal Church dioceses are no longer willing to send to General their postulants for ordination. The school in 2019 reported 50 students (40.4 full-time equivalent).

In contrast, VTS completed a large capital campaign, rebuilt Immanuel Chapel and is now – by far – the largest independent seminary serving the Episcopal Church, listing 194 enrolled students (142.8 full-time equivalent) according to the Association of Theological Schools. A handful of other seminaries, including Berkeley Divinity School at Yale, University of the South School of Theology (Sewanee) and Episcopal Divinity School at Union Theological Seminary are each part of larger degree-granting institutions.

Each seminary that trains students for ministry within the Episcopal Church is functionally independent, however a minority of General Seminary trustees are appointed by the denomination’s General Convention.

Episcopal Church Presiding Bishop Michael Curry wrote in the announcement of his encouragement at the two seminaries “exploring creative possibilities”.