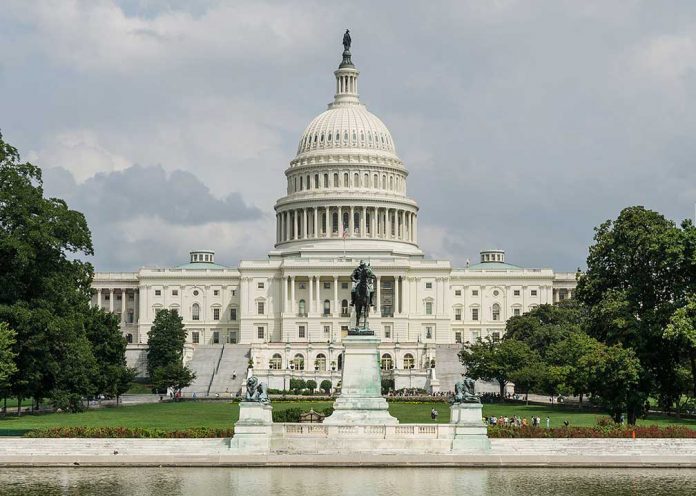 The results of the presidential election are now largely encapsulated in the cocoon created by our media. Any attempt to say something contrary to the official line, or to question what happened in the swing States, is met with censure, calumny, condescension, contempt, or censorship.

We are, in short, on a predetermined one-way track to (un)Democratic dominance of our national life. If challenges to the fraudulent balloting (that by now is unquestionable by reasonable observers) are dismissed or swept under the rug, this country will never be unified again under a single system of government.

President-elect Biden (who famously proclaimed last summer “I don’t need you to get me elected“, and “We have put together . . . the most extensive and inclusive voter fraud organization in the history of American politics“) campaigned as though he knew the election was already rigged in his favor. He stayed largely in his basement in Delaware, and no rally among those he occasionally staged attracted more than fifty people, at best. Yet Americans are being asked to believe that this cipher, this incoherent nonentity, managed to haul in more votes than any other American presidential candidate in its 231-year history.

No rational mind can buy this now “official” line, and your Curmudgeon will not entertain here any propaganda in support of it. But for those of us who react similarly to what we are being force-fed in the media, I want to spell out our options before the next inauguration on January 20, 2021. For that is the date written in stone in our Constitution, since the adoption of the 20th Amendment: the current terms of both President Trump and Vice President Trump end at noon on that day, regardless of what may take place beforehand.

Before there can be the start of a new presidential term of office on January 20, however, there must first be a validated election of a successor president under the Constitution. Those procedures are spelled out mostly in Article II, Section 1 of the Constitution, as supplemented by the Twelfth and Twenty-fifth Amendments. Those provisions, however, provide only a bare minimum for the process, and leave many possibilities unaddressed, or open to interpretation.

Since the Constitution was first adopted in 1789, presidents and Vice Presidents have been elected through a mechanism known as “the Electoral College”, defined in Article II, Section 1, as subsequently amended in 1803 by the Twelfth Amendment:

The language of the Twelfth Amendment was intended to prevent a repetition of the spectacle of 1800, when the more numerous (“Democratic-Republican”) electors voted in equal numbers for Thomas Jefferson and for Aaron Burr as their candidates. The language of Article II, Section 1 at the time required a tie vote between the top two contenders to go to the House of Representatives for a final resolution of who would be president, a process that Jefferson narrowly survived. The ensuing adoption of Amendment XII required electors to vote separately for president and vice president, thereby preventing a repeat of the mistake of 1800, but it left open many questions that would arise out of the evolution of a country dominated by two primary factions, or “political parties”.

For example, a key provision of the Twelfth Amendment reads: “The President of the Senate shall, in the presence of the Senate and House of Representatives, open all the certificates and the votes shall then be counted . . .”. Why the passive voice, all of a sudden? Who is specifically granted the authority to count the votes of the various electors? Is it the President of the Senate — who by the Constitution is the current Vice President (and so will, in many cases, be a candidate)? Or is it the separate Houses of Congress, who will come together on January 6, in 2021 — but not as a joint body — solely for that purpose?

It turns out there is considerable history and debate on this point. In this series of posts (because it is an intricate subject), I want to go carefully through that history and determine whether it is possible to conclude upon a definitive path through the morass that has accumulated around it. For whatever else may be foreseen at this time, it seems obvious that gathering of the two Houses on January 6, 2021 to count the votes of the Electoral College will not be free from strife and dispute, however much the Washington establishment may wish that it be otherwise. The blatant fraud that is being swept under the rug with each passing day guarantees that many Americans will not accept Congress’ proceeding as though nothing had happened: its members who try to do so will put themselves at the peril of their seemingly secure seats in 2022 and afterwards.

For an excellent introduction to this knotty topic, I can do no worse than refer the reader of this post to this amazingly prescient article (written in 2019) by Prof. Edward B. Foley, who teaches election law at the Ohio State University Moritz College of Law. Entitled “Preparing for a Disputed Presidential Election”, the article begins with this scenario:

From this very perspicacious beginning, Prof. Foley draws out a detailed analysis of just what could go wrong in the recent election, which covers all the potential events following the meeting of both Houses of Congress to count the votes of the Electoral College. Much of his analysis is spot on for today’s purposes.

As he stresses in his article, however, there is much that is uncertain about how the post-election scenarios could play themselves out. A good deal depends upon how each House of Congress decides to follow (or interpret) the Electoral Count Act of 1887 (“ECA”), which was enacted after a lengthy debate that took up eleven years following the electoral crisis presented by the contested results of the 1876 presidential election. Those results offered competing slates of electors from the States of Florida, Louisiana, Oregon and South Carolina — with no mechanism spelled out in the Constitution (or the Twelfth Amendment) for deciding which slate’s votes should be counted by Congress. In the end, Congress punted the dispute to a fifteen-person “Electoral Commission”, which resolved it (by one vote) in favor of the Republican candidate, Rutherford B. Hayes.

The Democrats then cut a deal with the nominee Hayes: they would not oppose his election as President if he agreed to withdraw all federal troops from southern States and thereby put an end to the (so-called) Reconstruction which those troops were enforcing. Hayes did just that, but the cloud over the back-room resolution of his election confined him to just one term in office, and earned him the dubious epithets of “Rutherfraud” and “His Fraudulency”.

The ECA has not been applied in any election since, although the election of 2000 (terminated by the 5-4 edict issued by the Supreme Court) was a close call. The circumstances of the current election, however, make it almost certain that the two Houses of Congress (the Senate controlled by Republicans, and the House by Democrats) will clash over the application of the ECA when they meet on January 6, presided over by Vice President Pence, in his constitutional role as President of the Senate. (Remember: although the new terms of members of Congress begin on January 3, 2021, the terms of the President and Vice President do not expire until noon on January 20.) For that reason, if not any other, it is imperative that each intelligent citizen should be informed about the issues at stake, given the massive disagreement among voters about the validity of the present election results.

My subsequent posts in this series are designed to provide readers with the tools they need to follow the developments in this story as they unfold — stay tuned for more.