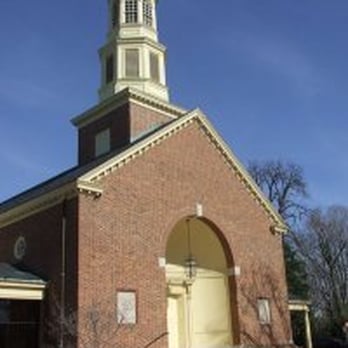 Episcopal Diocese of Virginia officials have announced that diocesan leadership initiated “confidential conversations” in late 2019 with representatives of Truro Anglican Church in suburban Washington about the future of the property, with a potential sale possible.

“The discussions have been productive and are expected to continue,” the diocese shared in a December 6 press release on its website. A member of the Truro congregation confirmed to me that the diocesan release “is substantially correct.”

I’ve reached out to Truro’s vestry wardens and will update this blog entry as I receive their responses. Truro staff confirmed that a verbal announcement was read aloud to the congregation during a parish meeting but that no written or public statement was released.

Anglican Diocese of the Mid-Atlantic Canon for Congregation and Clergy Care the Rev. Mary Maggard Hays noted that ongoing negotiations with the Diocese of Virginia are still confidential, but characterized them as “amicable and thoughtful.”

That assessment is similarly held by Episcopalians.

“I believe this effort embodies our diocesan goals of supporting and growing our priority ministries, healing across differences, resourcing God’s mission, sharing the faith of Jesus with youth and others, and honoring and caring for God’s creation,” Episcopal Diocese of Virginia Suffragan Bishop Susan E. Goff wrote in her diocese’s announcement. “And I am hopeful the discussions will lead to an outcome that allows The Diocese to deepen and expand our commitment to more than 68,000 members and 425 clergy.”

Truro is one of several former Episcopal parishes that departed the diocese in 2006-2007 and participated in founding the Anglican Church in North America (ACNA). Following a lawsuit brought by the diocese, ownership of those parish properties was awarded to the Episcopal Church, which assumed control of them in 2012.

A sale of Episcopal-controlled property to an Anglican congregation would signal a change in policy from when former Presiding Bishop Katharine Jefferts Schori led the denomination.

Jefferts Schori told National Public Radio in 2012 that she had established two principles for sale of church property: “One, that the church receive a reasonable approximation of fair market value for assets that are disposed of; and, second, that we not be in the business of setting up competitors that want to either destroy or replace the Episcopal Church.”

In short, the property could be sold to anyone offering fair market value – anyone except Anglicans. This was illustrated in 2007 when Church of the Good Shepherd of Binghamton, New York offered the Episcopal Diocese of Central New York $150,000 in exchange for its small building. The diocese declined, successfully sued the parish, and later sold the building for only $50,000 to a Muslim group that turned the building into an Islamic education center.

Property settlement with departing Anglicans in Virginia was effectively halted in 2006 shortly after Jefferts Schori become presiding bishop and told the Diocese of Virginia to stop negotiations.

At the conclusion of litigation, Truro Church transferred funds that were in its financial accounts at the time of the division to the diocese, but remained on the downtown Fairfax, Virginia campus as part of short-term lease agreements eventually extended to a long term lease.

That long term agreement runs through 2037 and provides for the congregation to remain in the buildings rent-free, with the responsibility of maintenance and upkeep of the property. The lease agreement has had benefits for both parties: the Episcopal Diocese has not had to assume the substantial cost of operating the historic campus without a large Episcopal congregation to place there. Truro also shares a small chapel on the campus with a Korean Episcopal congregation.

The existing lease agreement does have limitations: the congregation must notify and obtain approval from the Episcopal Church bishop (in this case, Bishop Goff) before another bishop can minister on the grounds. The current lease agreement already provides for the bishop of the ACNA Diocese of the Mid-Atlantic to visit without advance permission, but a visit by another Anglican bishop, including the ACNA Archbishop, would require prior approval.

Truro Rector Tory Baucum departed the parish earlier this year, stating that he was to be received into the Roman Catholic Church.