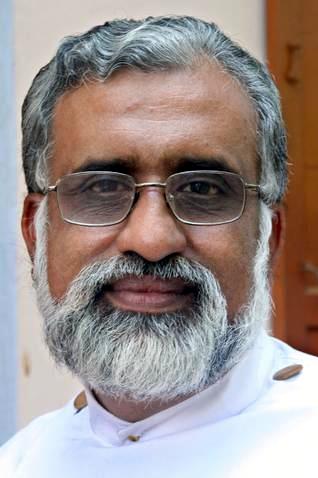 The former moderator of the Church of South India, the Rt. Rev. Thomas K. Oommen, 12th bishop in Central Kerala diocese has retired from office upon reaching the age of 67. On 28 November 2020 Bishop Oommen was feted at a special service in Kottayam marking his nine years of episcopal leadership.

A press release from the diocese stated Bishop Oommen was noted for his active involvement in social, temperance and environmental causes. He served as president of the Kerala Christian Abstinence Committee and TRADA, leading protests against the government’s policy of relaxing laws governing the sale and public consumption of alcohol.

As bishop in Central Kerala he inaugurated a policy that forbad those who drank alcohol from standing for election for church office at the parish and diocesan level. The bishop also served as chairman of the CSI Ecological Committee and prepared a series of pastoral letters advocating a green economy and sustainable agriculture.

Born on 29 Nov 1953 to a farming family in Thalavady in the Pathanamthitta district of Keralathe bishop was educated at the Leonard Theological College, Jabalpur, and San Francisco Theological Seminary. He was ordained deacon in 1982 and priest the following year.

The farewell service for Bishop Oommen was led by the CSI Moderator, the Rt. Rev. P.C. Singh and Deputy Moderator the Rt. Rev. Ruben Mark. Baselios Marthoma Paulose II, catholicate of the Malankara Orthodox Syrian Church, delivered the blessing address while messages of congratulation were read from the Archbishop of Canturbury, the Most Rev. Justin Welby.

Upon his election as Moderator in 2011 there were hopes Bishop Oommen would reign in the episcopal corruption that has plagued the CSI for the past three decades. Bishop Oommen came into office with the reputation as an incorruptable reformer around whom no taint of corruption lingered. However, the limitations of the power of his office prevented him, CSI insiders tell Anglican Ink, from reforming the episcopate.