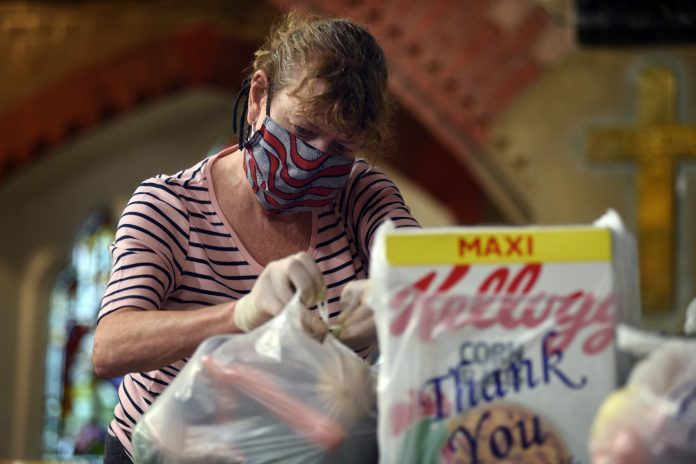 Churches in England are growing through community action, argues a new report from Theos and the Church Urban Fund called: Growing Good; Growth, Social Action and Discipleship in the Church of England.

The report, which includes a foreword by the new Archbishop of York Stephen Cottrell, calls for a Church of England volunteering service to be set up, connecting people of all faiths and none to opportunities which make a difference in their local communities. The report also argues that the Church of England should develop a broader measurement of church growth and impact, reflecting the declining centrality of Sunday services to the life of the Church.

Over the past decade religious affiliation and church attendance in the country has continued to decline by most key metrics, however, the contribution the Church of England makes to society through its social action has increased, and is only set to increase further. COVID–19 has demonstrated the need for local churches to continue to provide essential support to their communities, through initiatives such as foodbanks. The most recent data from the Church of England found that in 2019, 77% of Church of England churches were involved in one or more forms of social action, totalling involvement in 35,000 projects nationwide, with foodbanks among the most common forms. The new report – the culmination of an extensive three–year study into the dynamics of membership and growth in the Church of England (aka. The GRA:CE project) – also finds that social action can be a route to church growth in both numerical and spiritual terms.

One example is a church in Brockley which opened a foodbank during lockdown, and now runs a weekly social supermarket. 57–year–old Brockley resident T (Teresa) struggled to put food on the table, often going hungry. She received support from the church’s food bank when it opened and began volunteering in August. She now leads a team of other volunteers and through this, she has come to faith.

In another example, Bosede, a 47–year–old single mum received support from a church in Hoxton when she and her daughter became homeless, and now, is exploring the idea of ordination.

Report author Hannah Rich identifies a series of characteristics of churches that are growing numerically, flourishing through their engagement in social action, and helping people deepen their faith. She says “Spending two years visiting parish communities the length and breadth of England leaves you in little doubt of the extent of the socioeconomic challenges facing the country, even pre–COVID, but also in little doubt of the potential of the church to address this. The Church of England, in all its beauty and diversity, is well–placed to build relationships in local communities, transforming lives and growing in both depth and size in the process.”

You can read the report here.