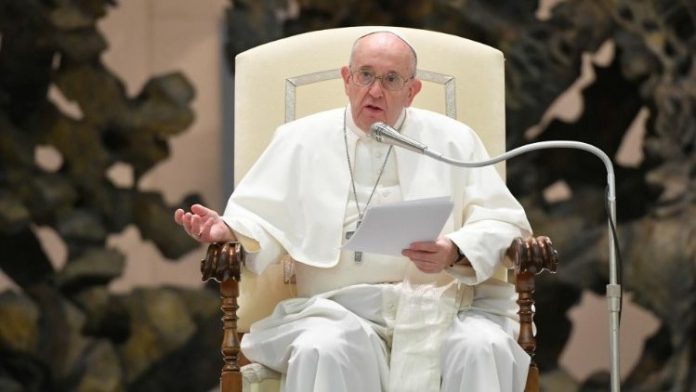 Pope Francis’ General Audiences will once again be broadcast live from the Library of the Apostolic Palace, beginning next Wednesday, 4 November, .

The news came in a statement released on Thursday by the Holy See Press Office. In the statement, the Director of the Holy See Press Office, Matteo Bruni, explains that the decision was made after receiving reports of a positive case of Covid-19 during the General Audience on Wednesday 21 October, as well as “in order to avoid any possible future risk to the health of the participants.”

Pope Francis resumed his live audiences on 2 September, after having broadcast them live from the Library of the Apostolic Palace for 189 days, since 26 February. Before his first catechesis in the courtyard of San Damaso, he said “After so many months we resume our meeting face to face and not screen to screen. Face to face. This is beautiful!”