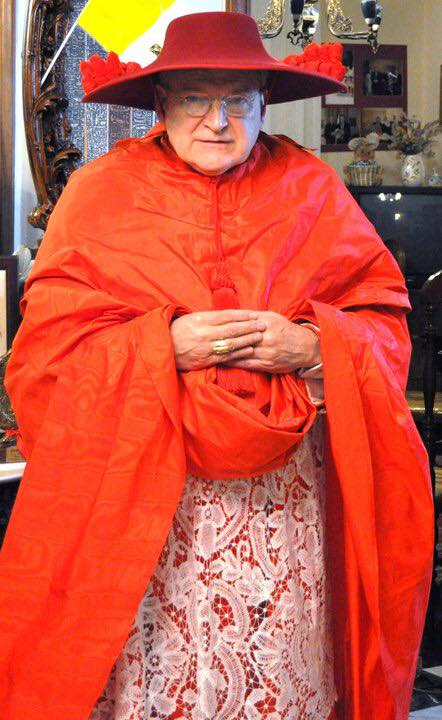 The worldwide communications media have reported with strong emphasis, as a change of course, the news that Pope Francis has declared that persons in the homosexual condition, as children of God, “have a right to have a family” and that “no one should be thrown out or be made unhappy because of it.” Moreover, they write that he has declared: “What we have to create is a civil union. In this way they will be legally covered. I have defended this.” The declarations were made in an interview with Evgeny Afineevsky, director of a documentary, “Francesco,” premiered on October 21, 2020, on the occasion of the Rome Film Festival (Festa del Film di Roma).

Such declarations generate great bewilderment and cause confusion and error among Catholic faithful, inasmuch as they are contrary to the teaching of Sacred Scripture and Sacred Tradition, and of the recent Magisterium by which the Church guards, protects and interprets the whole deposit of faith contained in Sacred Scripture and Sacred Tradition. They cause wonderment and error regarding the Church’s teaching among people of good will, who sincerely wish to know what the Catholic Church teaches. They impose upon pastors of souls the duty of conscience to make fitting and necessary clarifications.

First of all, the context and the occasion of such declarations make them devoid of any magisterial weight. They are rightly interpreted as simple private opinions of the person who made them. These declarations do not bind, in any manner, the consciences of the faithful who are rather obliged to adhere with religious submission to what Sacred Scripture and Sacred Tradition, and the ordinary Magisterium of the Church teach on the matter in question. In particular, the following are to be noted.

1. “Basing itself on Sacred Scripture, which presents homosexual acts as acts of grave depravity, Tradition has always declared that ‘homosexual acts are intrinsically disordered’” (Catechism of the Catholic Church, no. 2357; Sacred Congregation for the Doctrine of the Faith, Persona humana, “Declaration on Certain Questions Concerning Sexual Ethics, no. VIII[1]), inasmuch as they are contrary to the natural law, closed to the gift of life and void of a true affective and sexual complementarity. Therefore, they cannot be approved.

2. The particular and sometimes deep-seated tendencies of persons, men and women, in the homosexual condition, which are for them a trial, although they may not in themselves constitute a sin, represent nonetheless an objectively disordered inclination (Catechism of the Catholic Church, no. 2358; Congregation for the Doctrine of the Faith, Homosexualitatis problema, “Letter to the Bishops of the Catholic Church on the Pastoral Care of Homosexual Persons,” no. 3[2]). They are, therefore, to be received with respect, compassion and sensitivity, avoiding any unjust discrimination. The Catholic faith teaches the faithful to hate sin but to love the sinner.

3. The faithful, and, in particular, Catholic politicians are held to oppose the legal recognition of homosexual unions (Congregation for the Doctrine of the Faith, Considerations Regarding Proposals To Give Legal Recognition to Unions between Homosexual Persons,Diverse questioni concernenti l’omosessualità, n. 10[3]). The right to form a family is not a private right to vindicate but must correspond to the plan of the Creator Who has willed the human being in sexual difference, “male and female He created them” (Gen 1, 27), thus calling man, male and female, to the transmission of life. “Because married couples ensure the succession of generations and are therefore eminently within the public interest, civil law grants them institutional recognition. Homosexual unions, on the other hand, do not need specific attention from the legal standpoint since they do not exercise this function for the common good.” (Ibidem, no. 9[4]). To speak of a homosexual union, in the same sense as the conjugal union of the married, is, in fact, profoundly misleading, because there can be no such union between persons of the same sex. In what regards the administration of justice, persons in the homosexual condition, as all citizens, can always make use of the provisions of law to safeguard their private rights.

It is a source of deepest sadness and pressing pastoral concern that the private opinions reported with so much emphasis by the press and attributed to Pope Francis do not correspond to the constant teaching of the Church, as it is expressed in Sacred Scripture and Sacred Tradition, and is guarded, protected and interpreted by the Magisterium. Equally sad and concerning is the turmoil, confusion, and error they cause among the Catholic faithful, as is the scandal they cause, in general, by giving the totally false impression that the Catholic Church has had a change of course, that is, has changed its perennial teaching regarding such fundamental and critical questions.